October's slowdown is the sixth consecutive fall since April’s peak of 6.5% 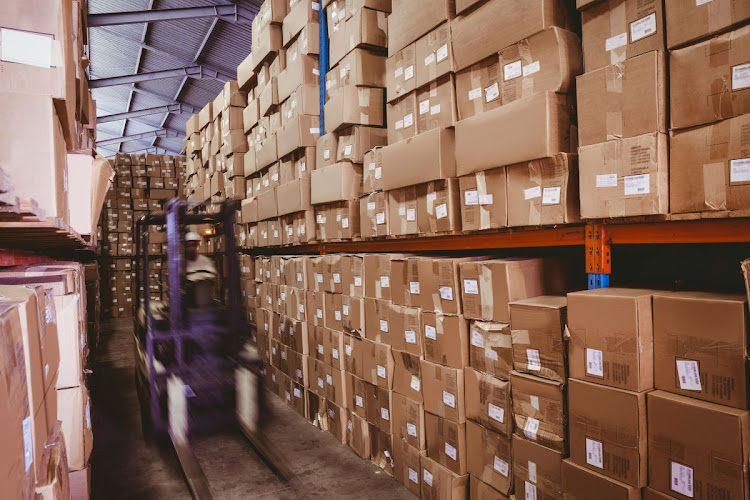 A worker operates a forklift in a row of shelves with boxes in a large warehouse Picture: 123RF/WAVEBREAK MEDIA LTD

Producer price inflation slowed in October to levels not seen since April 2015. The 3% year-on-year figure was down from 4.1% in September, according to information from Stats SA released on Thursday.

October’s slowdown is also the sixth consecutive fall since April’s peak of 6.5%, and was marginally below market expectations, with economists surveyed by Bloomberg expecting a reading of 3.1%

The downside pressures in the petroleum category are mainly thanks to fuel prices coming down from 2018 highs, she said, with October 2018 a particularly high base, when petrol prices rose R1/litre and diesel rose R1.24/litre during that month.

On an annual basis, petrol and diesel price contributions to PPI were down 6.5% and 5.7%, respectively, according to Stats SA.

Falling manufactured food prices, which make up 26.89% of the basket also contributed to the slower headline number, said Hodes, softening to 4.3% year on year from 4.6% in September.

October’s PPI reading also comes as consumer price inflation, released last week, sank to 3.7%, a level not seen since February 2011. At the same time consumer and business confidence remains at low levels, providing little demand in an economy not expected to grow more than 0.5% this year.

Bank officials said there was not enough evidence to suggest that the slowdown in inflation would be sustained.

In addition, worry about the effects of a possible credit-ratings downgrade by ratings agency Moody’s Investors Service, was seen by some economists as a factor in its decision to hold rates steady.

Moody’s is the last ratings agency to hold SA government debt at investment grade. A downgrade to subinvestment grade — or junk status — could lead to capital outflows, a weaker rand and higher borrowing costs for the government.

The low levels of producer inflation are, however, not expected to last according to Jacques Nel, an analyst at NKC African Economics. The favourable base effects are likely to dissipate and an upward trend in PPI could begin from December, he said.

HANNA ZIADY: Are SA’s credit providers due their own PPI moment?

In light of the UK’s payment protection insurance scandal, the Financial Sector Conduct Authority should start investigating compliance with new ...
Opinion
1 year ago

Farm and factory-gate inflation, as measured by the annual change in the PPI, slowed to 4.9% year on year in July
Economy
1 year ago
Next Article