Yum Brands in talks to offload KFC business in Russia 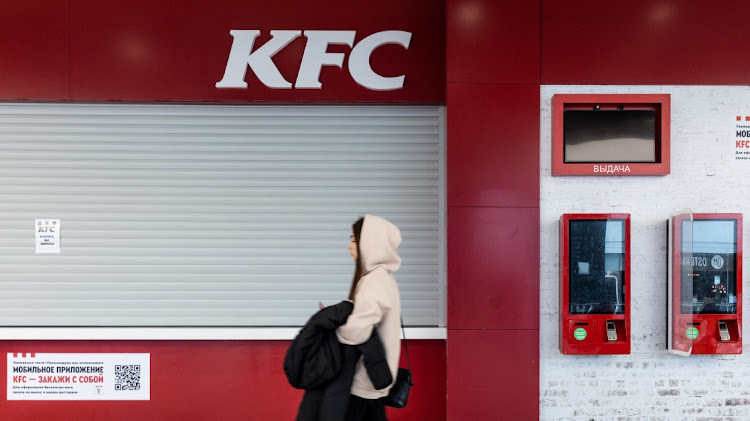 A woman walks past a closed KFC restaurant in a shopping mall in Moscow, Russia on March 21 2022. Picture: REUTERS/MAXIM SHEMETOV

Bengaluru — Yum Brands said on Tuesday it is in advanced talks to sell its KFC restaurants and franchise rights in Russia to a local buyer, after which it plans to exit the country entirely.

It opened its first KFC restaurant in Russia in 1995 and now has about 1,000 outlets there, nearly all of which are operated by independent owners under licence or franchise agreements.

Western companies leaving Russia over the invasion of Ukraine have sped up the pace of their exits in recent weeks as Moscow is advancing a new law that would allow it to seize assets and impose criminal penalties on foreign firms.

McDonald’s, an icon of American capitalism in the dying embers of the Soviet Union, sold its business in Russia earlier this year. Its restaurants opened under new branding last month.

Yum Brands also said on Tuesday that it has completed the sale of its Pizza Hut business in Russia to a local operator, which is rebranding the restaurants. The financial details of the sale were not disclosed. Russian media reported last month the business was bought for 300-million roubles ($4.92m) by Noi-M, which is linked to the operator of the Russian franchises of Costa Coffee and TGI Friday’s.