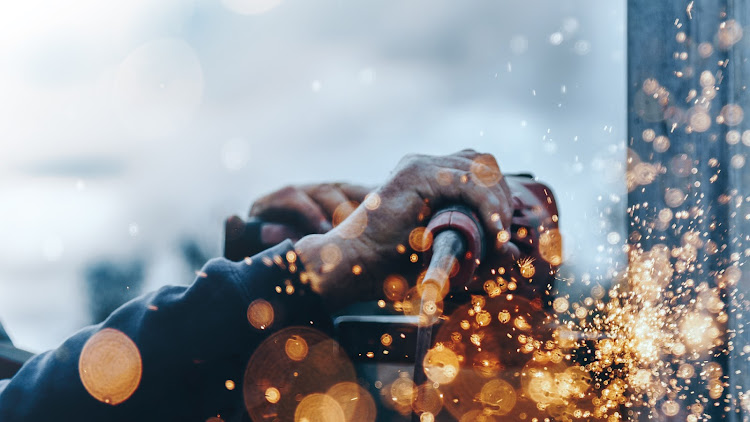 The SA mining industry plays a significant role in the country’s economy. According to the Minerals Council Facts and Figures Pocketbook, in 2020 the sector employed in excess of 450,000 people, contributed about R361.6bn, roughly 7%, of the GDP and delivered R27.2bn in tax revenue. Yet, when it comes to transformation, it is mired by challenges and opposing views.

Amid regulatory uncertainty, with the mining charter subject to legal challenges, the sector is operating without any B-BBEE framework against which to measure its transformation.

Sector leaders joined Andile Khumalo, co-founder of Sanlam Gauge, in an online workshop to deliberate on the transformation challenges facing the industry and to chart the way forward.

Released in May, the Sanlam Gauge report measures the level of B-BBEE activity across sectors. The workshop opened with a recap of the industry’s B-BBEE scores, delivered by Lerato Ratsoma, MD of ratings agency Empowerdex, who remarked that the mining sector was nowhere near achieving its transformation targets.

Explaining the regulatory challenges, Ntsiki Adonisi-Kgame, head of natural resources and environment at law firm ENSafrica, said “the effect of the [September 21] judgment is that the Mining Charter is a policy document and is not binding as law.

According to submissions made by mining companies, the industry was on average exceeding the targets stipulated in the second iteration of the Mining Charter

“The 2018 charter is only binding on holders of mining titles to the extent that its terms have been lawfully incorporated by the minister in those rights. So, it must form the terms and conditions of those rights. Renewal of existing mining rights will not be subject to the charter.”

Tebello Chabana, senior executive for public affairs and transformation at the Minerals Council SA, reiterated that the mining industry was measured against the Mining Charter, which has different targets, measurements and definitions to the trade, industry and competition department's B-BBEE codes.

He explained that according to submissions made by mining companies to the mineral resources and energy department, the industry was on average exceeding the targets stipulated in the second iteration of the Mining Charter, the universal standard by which transformation of the sector was measured by its regulator.

“The B-BBEE Act and DTIC (trade, industry and competition department) codes do not trump the MPRDA (Mineral and Petroleum Resources Development Act), and neither are they binding on mining companies. In 2019 we published an independently researched report that looked at transformation in the mining sector. The industry had a weighted average 39.2% HDSA (historically disadvantaged South Africans) ownership level, well above the 26% set in the first two charters and 30% for new rights in the third,” Chabana said.

Mike Teke, CEO at Seriti Resources, stressed the sector’s commitment to transformation. He cited Exxaro and African Rainbow Minerals as some of the examples of thriving companies that were born from transformation inclusivity.

“We have created a lot of black industrialists and we have equipped them to have the ability and the flexibility to have capital and invest in other industries beyond mining,” he said.

Reacting to the low scores of management and control, Teke warned against putting too much emphasis on numbers, suggesting there were other ways to determine the pace of transformation, particularly by focusing on inclusivity of the population groups that were previously excluded.

Bridgette Motsepe, the goodwill ambassador for Women Entrepreneurship and Economic Development in Africa at the Pan African parliament, and founder and chairperson of Mmakau Mining, spoke about her involvement in the formulation of the BEE legislation for the sector.

She criticised the government for failing to implement its own legislation, meant to accelerate transformation, by not penalising non-compliant mining companies.

We have to become economic activists, agents of transformation and pioneers of change. There's nothing wrong with making billions, but what are we doing when we become partners?

“We must stop always blaming the monopoly capital for wrongs, but also look at ourselves. We have to become economic activists, agents of transformation and pioneers of change. There's nothing wrong with making billions, but what are we doing when we become partners?” asked Motsepe, and implored mining BEE partners to not only focus on paying out dividends, but invest in creating jobs and more opportunities across the value chain.

Bheki Sibiya, former CEO of the then-Chamber of Mines, echoed the speakers’ sentiments on the sector’s commitment to transformation but admitted to being disappointed by the low numbers of management control in the sector.

Black Management Forum (BMF) president Andile Nomlala called out sector leaders for being fixated with the law and not deliberate about transformation and said it was crucial to have “deeper and very succinct conversations led by Busa (Business Unity SA) with captains in the Minerals Council”.

“If you want to talk about the mining sector and transformation, that must be reflected in the values of the sector. Doing business must be reflective of the demographics of our country. We can no longer postpone it and think we can live without bringing in the majority, black people, into the mainstream economy,” said Nomlala.

Closing the session, Khumalo said he was encouraged by the positive attitude of the industry and professed commitment to transformation, despite its challenges. He appealed to the industry captains to take the conversation forward with other stakeholders, especially the minerals and energy department, and challenge themselves to do better.

Hopefully these interventions would reflect a better picture for the sector in future Sanlam Gauge Reports, he said.

This article was paid for by Sanlam.

Business Day TV spoke to RMB’s SA economist, Siobhan Redford, about how the data could affect growth
Companies
1 month ago

The Sanlam Gauge, presented in partnership with the Sunday Times Business Times, reports on transformation in SA industries
Business
6 months ago
Next Article