Companies should disclose plans for how their business models will be compatible with a net-zero economy, Fink says in annual letter to CEOs 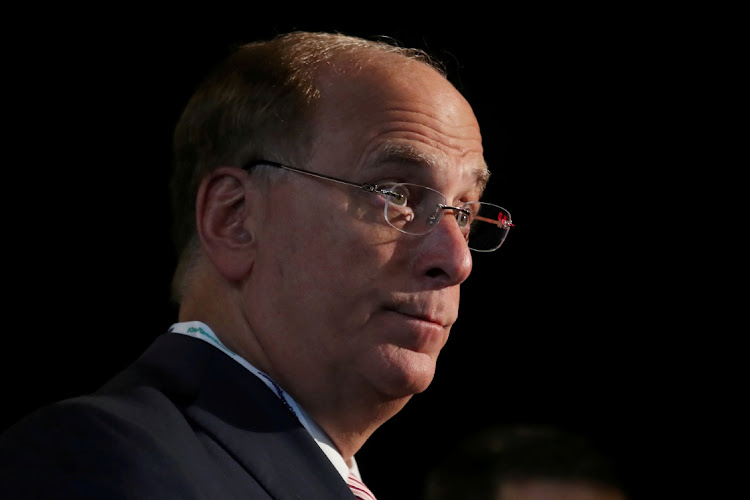 BlackRock  CEO  Larry Fink escalated his call for corporate leaders to focus on the environment in the wake of the Covid-19 crisis, and pledged new measures to address climate change.

Companies should disclose plans for how their business models will be compatible with a net-zero economy, Fink said in his annual letter to CEOs Tuesday. Drawing parallels between the deadly consequences of the pandemic and the effects of global warming, Fink wrote that positioning for the long term means preparing for the realities of climate change.

“The pandemic has presented such an existential crisis — such a stark reminder of our fragility — that it has driven us to confront the global threat of climate change more forcefully and to consider how, like the pandemic, it will alter our lives,” Fink wrote in the letter.

A year ago, Fink stirred Wall Street with an urgent call for companies to address climate change, which he said would bring about a “fundamental reshaping of finance”. That was before Covid-12 caused more than 2.1-million deaths globally, upended the travel and entertainment industries and forced central banks to take extreme steps to backstop reeling economies.

The crisis did not stop investments in sustainable products. New York-based BlackRock finished 2020 with about $200bn  in its sustainable strategies, buoyed by net inflows of about $68bn into the products over the course of the year, the company said this month on its earnings call. That’s just a sliver of the about $8.7-trillion the world’s largest asset manager oversaw on December 31.

BlackRock occupies a unique role in corporate America’s response to climate change. As the firm grows, Fink, 68, has become an elder statesman of finance, penning his annual letters to business leaders and speaking out on sustainability issues. He pledged to lead by example in 2020, making changes to BlackRock’s own practices, including exiting thermal coal producers in its actively managed portfolios and offering more environmentally friendly investment products.

He unveiled additional measures on Tuesday, including adding a “heightened-scrutiny model” to its active portfolios to manage securities with climate risk. It will also launch investment vehicles with “explicit temperature-alignment goals”, including products orientated to a net-zero pathway.

Activists have accused the firm of not going far enough, pointing to its vast holdings in fossil-fuel companies. The Sunrise Project is among groups calling on BlackRock to use its voting rights to pressure management of the companies it owns for reform.

The broader environmental overhaul that non-profit endorse poses difficulties for BlackRock, which still holds about two-thirds of its assets in index-tracking products. These investments are tied to what are essentially lists of companies representing an industry, a theme or a broad market. Such passive investing strategies contrast with active ones, where portfolio managers select individual investments.

Index-based investing is undergoing changes of its own. Custom strategies are on the rise in the industry, allowing investors to tweak indices based on personal preference, including for ethical or environmental reasons.

BlackRock agreed in November to acquire personalised index provider Aperio for about $1bn. Fink said clients can use customised indexing to express preferences about net-zero goals. The New York Times reported on the letter earlier on Tuesday.

Since President Joe Biden’s inauguration last week, the new administration has been taking steps on climate, including re-entering the US into the Paris  climate accord and halting oil leasing in the Arctic National Wildlife Refuge.

Green route may be among few financing options for government

Financing a just transition to a low-carbon, resilient economy

Financing a just transition to a low-carbon, resilient economy