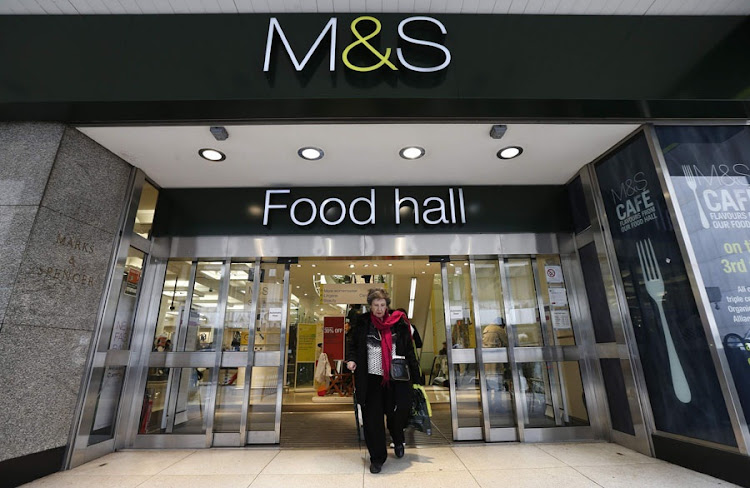 London — Britain’s Marks & Spencer (M&S) reported the first loss in its 94 years as a publicly listed company after clothing sales were hammered by the Covid-19 pandemic, but an encouraging performance in food sent its battered shares higher.

The stock was up 5% at 10.26am GMT on Wednesday, paring 2020 losses to 55%, as investors took comfort from the half-year loss not being as bad as feared, and from the initial success of a partnership with Ocado which has given M&S’s food business an online presence for the first time.

“Looking at the first half cold, it looks like a car crash but relative to expectations the print was OK,” said analysts at Peel Hunt.

M&S was struggling to re-invent itself after decades of failed attempts before the pandemic hit. In May, it said the crisis would indelibly change its business and it would accelerate the latest turnaround plan, delivering three years of change in one. In August, M&S cut 7,000 jobs.

Clothing and homeware revenue slumped 40.8%, damaged by a three-month coronavirus lockdown in the spring. All clothing retailers have been hurt by the crisis. On Tuesday, Primark reported a 63% fall in annual profit and, last week, Next forecast a 50% decline.

M&S’s first-half food sales rose 2.7% on a like-for-like basis, with weak performances from stores in city centres and transport hubs because of the government’s work-from-home directive offset by a better showing from suburban stores.

CEO Steve Rowe said the September launch of the Ocado venture had gone “fantastically” with customer reaction ahead of expectations. And despite the loss he struck a confident tone, telling reporters: “We’re building an M&S that is fitter, faster and more digital, and is ready to emerge as a stronger, renewed business.”

Marks & Spencer to cut 7,000 UK jobs due to virus lockdown

The British retailer has lost three top executives in as many months, with CFO Humphrey Singer leaving after little more than a year
Companies
1 year ago

The Foschini owner hopes to acquire a total of 425 Jet stores across Southern Africa, with new three-year leases likely to be signed
Companies
6 months ago

Scott Fyfe has been CEO of Country Road Group for four years, having joined Woolworths after 20 years at UK retailer Marks & Spencer
Companies
6 months ago
Next Article