While it had planned to lift capacity gradually to about half of normal levels by December, the CEO says he would probably be satisfied if Lufthansa can get to 25% of 2019's levels 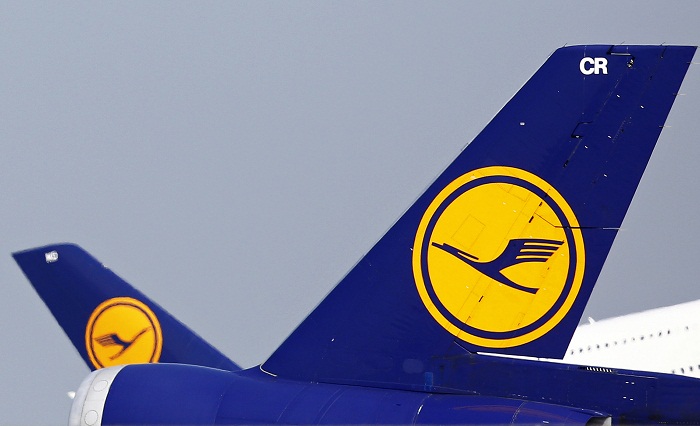 Deutsche Lufthansa is preparing for more drastic cutbacks in its global workforce and airline fleet than it previously planned, after a hoped-for recovery of air traffic fizzled out.

Recent rules that forced travellers into quarantine have had a catastrophic effect on bookings, CEO Carsten Spohr told staff at a meeting on Tuesday, according to people in attendance. For October, seat reservations stand at less than 10% of year-ago levels, said the people, who asked not to be named discussing comments that weren’t publicly made.

A surge in European virus cases has forced Europe’s biggest airline to tear up its recovery plan and pare back its ambitions to cope with the deteriorating outlook. Lufthansa, which accepted a €9bn German bailout in early June, now expects a recovery of air traffic to take until the middle of the decade. It’s not clear when — if at all — revenue will recover to its 2019 record, given a decline in business travel that’s hit Lufthansa hard, the CEO said, according to the people.

Spohr said on Tuesday that he’s working on measures that will go beyond the existing plan to cut Lufthansa’s fleet by about 100 jets and shed the equivalent of 22,000 full-time positions as the earlier programme won’t be enough, according to the people.

Beyond short-term cuts, the airline will take steps to increase the focus on customers and to become more sustainable, the people cited the CEO as saying, as Lufthansa’s managers establish priorities extending well beyond the pandemic.

While Lufthansa had planned to lift capacity gradually to about half of normal levels by December — a forecast included in investor presentations as recently as last week — the CEO said he’d probably be satisfied if Lufthansa can offer 25% of year-ago seats, according to the people. At the moment, traffic stands at less than 20% of last year, the people said.

No final decisions have been made, a spokesperson for Lufthansa said.

The pain at Lufthansa reflects a persistent downturn in aviation that’s gotten worse in Europe as virus cases rise and countries from Germany to the UK tightened borders. Airlines including Ryanair, Europe’s biggest discounter, have pared flight schedules and lashed out at an uncoordinated response they say creates a confusing hotchpotch that’s keeping customers away.

Lufthansa avoided insolvency only with the help of a government bailout that made Germany its biggest shareholder with a 20% stake. With the pandemic grounding airlines from Asia to the Americas, industrywide job losses are set to approach 500,000, a recent study said, with aircraft manufacturers, suppliers and airports sharing the pain.

Spohr’s comments mirror those of Air France KLM CEO Ben Smith, who said on Tuesday that carriers were making “big decisions” on the future of their fleets, citing Air France’s pulling of A380 superjumbos — a move that Lufthansa may now follow. Guillaume Faury, who leads planemaker Airbus SE, this week told staff that voluntary job cuts are unlikely to be enough to reduce costs.

Spohr dismissed reports that Lufthansa would cut as many as 42,000 jobs as “way too high,” the people said. Nevertheless, the German airline’s management will propose to its supervisory board a figure that’s higher than the 22,000 positions it had planned to shed.

The company also plans to decide next week which four-engine wide-body aircraft it may hold on to, the people said. A commitment to environmentally friendly technology may factor into the decision. The first Boeing 777X aircraft won’t realistically arrive at Lufthansa before the second quarter of 2022, the people cited Spohr as saying, an aircraft particularly important for the company as it is slated to debut with a new business class cabin.

Lufthansa has discussed Airbus potentially taking some twin-engine A350s faster than it planned if it needs more modern jets to replace more-polluting older models it may unload, the people said, citing Spohr. Those extra jets may be leased rather than bought in light of the group’s cash-preservation priorities, they said.

Lufthansa may borrow money in the financial market as soon it becomes economical again, to help repay government loans that make up a large part of its bailout, Spohr was cited as saying. The company would pay back taxpayer money first before paying off commercial loans.