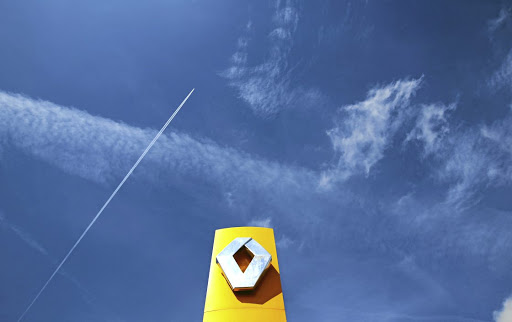 A Renault logo is seen outside a dealership in Nice, France. Picture: REUTERS

Paris — On purely business grounds, Renault could do without its plant in Maubeuge.

Like its sister factory, 75km away in Douai, the plant opened nearly half a century ago as part of a government effort to stem the decline of France’s northern industrial coal belt. Production at the two sites is now at just a fraction of their combined capacity.

With the vehicle industry’s already weakening fortunes crushed by the pandemic, Renault’s three-year survival plan hinges on cutting €2bn in costs and 14,600 jobs worldwide, about a third of them at home.

The root of the problem, according to chairperson Jean-Dominique Senard, is overcapacity in France, and Maubeuge is among sites whose future is being mulled.

Not so fast, say unions and the government of President Emmanuel Macron. Bucking health rules on social distancing, thousands marched through the town on Saturday to oppose any move to shut the plant. Even before Senard unveiled his plan, Macron ordered Renault to reconsider any moves to streamline production in its northern factories, and consult with unions.

Not surprisingly, Senard, who has signalled the closure of a plant in Choisy-le-Roi, near Paris, has tried to defuse tensions, saying that shutting the Maubeuge plant had not crossed his mind.

Closing a factory in the best of times in France can test the mettle of an executive. But Senard will be trying to do it over Macron’s twin resolves to save the local car industry and get the pandemic-wrecked economy back on track. To top that, Renault is seeking €5bn in loans backed by the state, its most powerful shareholder.

“To save Renault, the government will have to accept that it will reduce its industrial footprint in France,” said Jean-Pierre Corniou, a partner at consultancy SIA Partners, adding that while politicians the world over wrestle with such issues, French interventionism tends to make the inevitable worse. “Jean-Dominique Senard is trying hard, but the house is burning.”

The first step in what promises to be a drawn-out process begins on Tuesday when labour representatives, local politicians and management are due to meet at the finance ministry to discuss Maubeuge. If history is a guide, it will be one of many such gatherings.

France has a long record of industrial battles involving bosses, unions and political leaders. The well-worn French playbook includes lots of bluster and ends in bitterness after sites close, often costing millions in taxpayer money and false hopes of a rekindling of mass manufacturing.

A former Whirlpool plant near the northern city of Amiens — Macron’s hometown — died a slow death over nearly two decades, benefiting from millions in government subsidies. It became a flashpoint during the 2017 presidential campaign.

ArcelorMittal and oil company Total were also objects of political grief over, respectively, a steel plant at Florange and a now-closed refinery at Dunkirk. In one spat, ArcelorMittal CEO Lakshmi Mittal was threatened with the nationalisation of his French site, an empty threat that has not stopped it from since steadily shrinking.

In Renault’s case, in line with the French way, finance minister Bruno Le Maire has demanded a “site by site, job by job” evaluation of the company’s strategy and warned that closing plants should be a last resort.

For the Maubeuge site, which employs about 1,725 people, it does not help that Macron made a visit there in 2018 when more jobs and investments were promised.

Renault’s problems predate the pandemic, stemming from years of expansion under former leader Carlos Ghosn, who sought to make the three-company alliance with Nissan and Mitsubishi into the biggest global vehicle manufacturer.

As they grappled with management turmoil and bitter infighting after Ghosn’s 2018 arrest, they lost focus in the global race with rivals including Volkswagen and Toyota to make more electric models.

Renault’s struggle to cut costs at home will add to the difficulties.

“There has been a long deterioration in Renault’s competitiveness, so rationalisation is unavoidable,” said Jefferies analyst Philippe Houchois. “Carrying this out is tricky, especially during a crisis. The company is being vague about what exactly has been decided and what is still being negotiated.”

French unions are demanding that the company bring more manufacturing back home. “Renault may be too big for its needs, but French workers are being asked to make the greatest sacrifices,” said Franck Daout, a spokesperson for the CFDT union.

Senard has vowed to sell the Caudan (Fonderie de Bretagne) site, and transfer operations at Choisy-le-Roi to the nearby Flins factory. While Maubeuge has crystallised anger, vehicle production is set to be phased out at the Dieppe plant and Flins.

Renault’s factory utilisation in France stands at just 60%, Senard says, with output at about 655,000 vehicles for a maximum capacity of 1.9-million. “We can’t sustain this situation for long,” he said.

In the tussle to get the job done, Renault acting CEO Clotilde Delbos has held up arch-rival PSA as a model. The maker of Peugeot and Citroën cars underwent a painful revamp under CEO Carlos Tavares and now boasts industry-leading margins and has stolen a march on Renault with a planned merger with Fiat Chrysler.

One aspect was PSA’s decision to stop making cars at a plant in Aulnay-sous-Bois in 2013, the first car factory closure in France in two decades. After the company made the case that its survival was at stake, the government watered its stance on job cuts down to “inevitable” from “not acceptable”.

Tavares is fond of talking about PSA’s near-death experience and his Darwinian vision of the industry in which the strongest will survive. Senard has so far taken a soft approach, saying he plans to take a lot of time to reach a consensus with unions. Yet his message is clear.

“Politicians should take into account the future of our industry without focusing on short-term objectives that have electoral connotations,” he said on Sunday on national television.