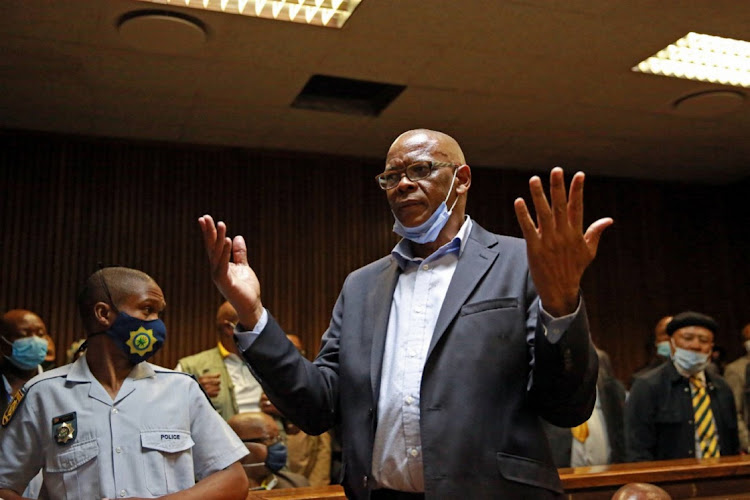 Malawi has finally got back at SA for former president Jacob Zuma’s denigrating remarks about its roads.

SA was left with egg on its face this week when fraud, theft and money laundering-accused Shepherd Bushiri skipped the country and returned home to that country while out on bail. The “prophet” apparently hitched a lift with Malawian President Lazarus Chakwera, who was in the country to brief President Cyril Ramaphosa about the offensive against him.

The Sunday Times reports that Ramaphosa is “extremely angry” over Bushiri’s escape.

Bushiri and his wife Mary are facing charges linked to a R100m “investment” scheme. The pair were granted R200,000 bail, despite the state arguing that they were a flight risk, with experts agreeing.

The diplomatic fallout of Bushiri’s escape, and attempts to have him returned to the country, will play out over the coming weeks, after justice minister Ronald Lamola in a statement said the government won’t hesitate in using its Southern African Development Community relationship to extradite the Bushiris.

We wish them well with that, as Bushiri has powerful allies right at the top of the Malawian government.

The Bushiri case is not all that has kept the National Prosecuting Authority’s (NPA) hands full.

It has been an eventful week in law enforcement and in the criminal justice system, with the arrest of ANC secretary-general Ace Magashule. Like Bushiri, he was released on bail of R200,000 on Friday.

But Magashule’s strategy to evade justice is vastly different from Bushiri’s. He is unlikely to skip the country – he has effectively moulded his defence on allegations of conspiracy and innuendo, arguing that the case against him is political.

But the secretary-general, who chaired the ANC in the Free State from the early 1990s and seemingly built a vast network of patronage in every level of government in that province, may have to do a lot to prove that, after the state revealed a powerful witness at his bail hearing on Friday: Magashule’s personal assistant during his tenure as Free State premier has turned state witness.

Magashule and his allies are making light of the state’s case. But journalist Pieter-Louis Myburgh, author of Gangster State, the explosive book on corruption in Magashule’s Free State, has indicated that the case is stronger than they think, and that there is simply “too much set in stone”.

It’s clear Magashule is moving to turn his criminal case into a political one, with a colourful fightback described as a “declaration of war” by Sunday newspaper City Press.

Magashule’s case will be a test for the ANC and Ramaphosa, as well as for the resilience of NPA head Shamila Batohi who, if weekend reports are anything to go by, already has her hands full with squabbles inside the prosecuting authority.

Aside from having to manage high-impact, high-risk cases that could result in a political onslaught, Batohi is attempting to clean up the NPA – and facing resistance from within in doing so.

Reports indicate there may be more to the failures in the politically charged, Gupta-linked Estina case than meets the eye, after the suspension of top NPA advocate, Knorx Molelle. Batohi is also facing human resources issues as she moves ahead with her clean-up of the NPA, amid rebellion and claims of racism.

While the string of high-profile arrests in recent months is a start, it’s clear that it is still early days in the restoration of SA’s criminal justice system.

*Marrian is deputy editor of the FM

Magashule does not hold as much sway as he would like. The problem is, neither does Ramaphosa
Opinion
10 months ago

Like so many things in the ANC, factionalism is threatening to undermine the party’s intentions to hold the corrupt in its ranks to account. But ...
Features
10 months ago

The ANC’s 2005 NGC was a turning point in Zuma’s favour ahead of his ascent to the presidency, but Magashule will need a miracle if he thinks the ...
Opinion
11 months ago
Next Article

MARK BARNES: Give credit where it is due, and ignore ...