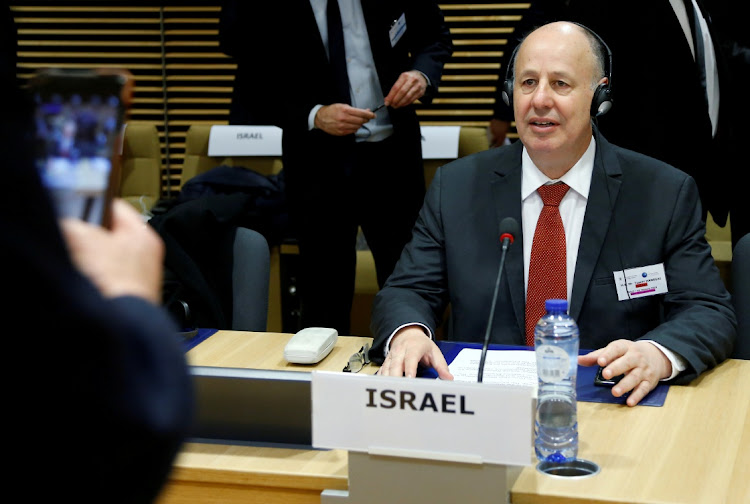 Amman  — Israel launched an air attack against suspected Iranian-linked targets in Syria near the main border crossing to Iraq in the early hours of Wednesday, one of the biggest strikes yet in a campaign that has escalated in the Trump administration's final weeks.

Israel has been stepping up strikes against Iranian targets in Syria, part of aggressive posture adopted before president-elect Joe Biden takes office next week in what could bring a reassessment of Trump's “maximum pressure” policy on Iran.

Syrian news agency Sana and Syrian state media said Israel had struck sites in Al Bukamal, the Syrian city that controls the border checkpoint on the main Baghdad-Damascus highway. The road is part of the main overground supply route linking Iran to its proxy fighters in Syria and Lebanon.

Two residents in the regional capital Deir al Zor said they could hear the distant sound of huge explosions, apparently from arms depots destroyed in the raids.

Israel's military did not immediately comment. Tzachi Hanegbi, an Israeli government minister, told Israeli radio he would not discuss the specific reports, but that Israel hit Iranian targets in Syria “whenever our intelligence dictates it and according to our operational capability”.

The US has a small number of troops at Tanf, a base in Syria near Al Bukamal, the main city struck by Wednesday's Israeli raid. Western intelligence sources say Israel’s stepped up strikes on Syria in the last few months are part of a shadow war approved by the Trump administration.

Israel's defence force chief of staff Aviv Kochavi said in December that missile strikes had “slowed down Iran's entrenchment in Syria” adding they had hit more than 500 targets in 2020.

Israel has said its goal is to end Tehran’s military presence, which Western intelligence sources say has expanded in Syria in recent years.

A regional intelligence source said the targets included Syrian security compounds inside Al Bukamal and Deir Zor, while in the past raids had struck only the cities' outskirts.

The latest raids were notable for having hit “advanced weaponry and weapons depots ... in a large combat arena”, the regional intelligence source said.

Joe Biden has made clear his desire to resuscitate the Iran nuclear deal, but waiting will enable him to repair Trump’s rift with the other ...
Opinion
10 months ago

Iran has been vocal about wanting revenge for the death, but it’s unlikely it wants an all-out war
Opinion
10 months ago
Next Article

Failed war on Covid-19 may spell the end for Netanyahu

Failed war on Covid-19 may spell the end for Netanyahu