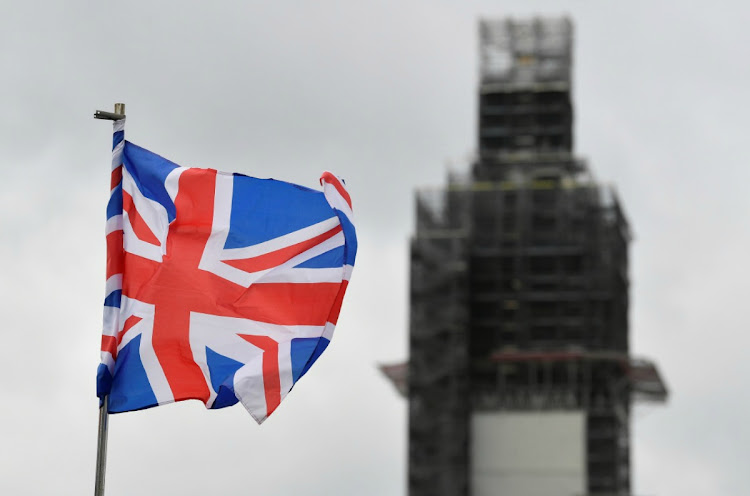 A Union Jack flag flutters as Big Ben clock tower is seen behind at the Houses of Parliament in London, Britain September 11 2019. Picture: REUTERS/TOBY MELVILLE

London — British consumers are feeling the strain of a tightening cost-of-living squeeze with retail sales sliding fast and consumer confidence approaching record lows, according to data that sent a fresh warning sign for the economy.

Retail sales volumes slid 1.4% in March from February, a worse reading than any economist forecast in a Reuters poll that pointed to a 0.3% monthly drop, the Office for National Statistics (ONS) said.

Overall the data underscored growing concern at the Bank of England (BoE) about the opposing challenges of weakening demand and inflation at a 30-year high of 7% and likely to rise further beyond the central bank’s 2% target.

Governor Andrew Bailey said on Thursday the BoE was walking a tight line between tackling inflation and avoiding recession, a challenge facing other major central banks around the world.

“The sharp decline in sales in March suggests that households are already paring back spending to cope with higher costs for food and fuel,” said Bethany Beckett, economist at Capital Economics.

“That is only likely to worsen in the coming months as the cost of living crisis intensifies.”

GfK’s gauge of consumers’ confidence about their finances in the future slumped to a record low.

The ONS said food and petrol sales fell sharply on the month and it cited rising prices as possible explanations for the falls. Online retail sales also declined.

Retail sales volumes are 2.2% above their level in February 2020 but they are a long way behind where they would have been if growth had continued along its pre-pandemic trend, Keith Church, an economist from risk consultancy 4most, said.

The pound fell below $1.30 for the first time since November 2020 after the data.

Earlier this month, Tesco, Britain's biggest retailer, warned of a drop in profits as high inflation squeezes the supermarket group and its customers.

A closely watched business survey from S&P Global later on  Friday, will provide more clues on whether the collapse in consumer confidence is hurting business activity.

More pain lies ahead for households, with tax rises and energy bill hikes threatening to deliver the biggest blow to living standards in the UK to ...
News
2 months ago

In the latest bid to help employees with the soaring cost of living and to retain staff, Tesco and Sainsbury have increased wages
News
2 months ago
Next Article