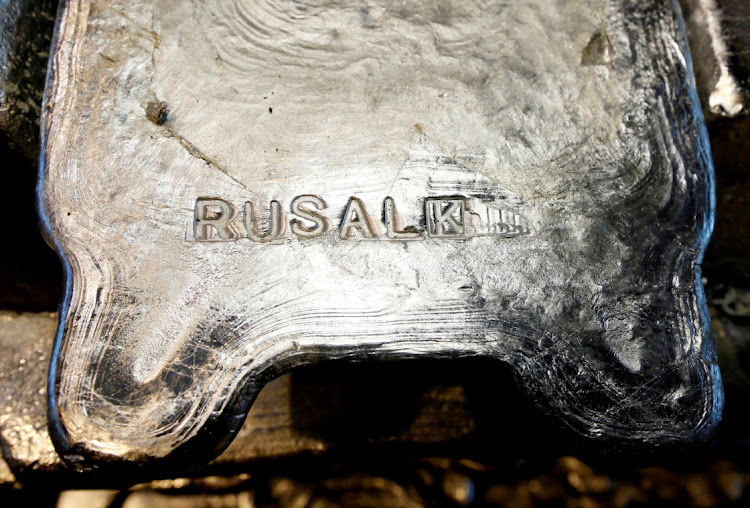 Russian aluminium giant Rusal is diverting bauxite cargoes from Guinea to its refinery in Ireland after the original destination in Ukraine shut down because of the Russian invasion, shipping data shows.

The logistics adjustment for the world’s second-largest aluminium producer, which is not under sanctions, illustrates the types of supply chain disruptions now rippling through the interconnected global economy, driving up prices for some goods.

Tesla raised its prices in China and the US for the second time in less than a week on Tuesday, citing surging raw materials costs because of Russia’s invasion of Ukraine, while Volkswagen warned that the conflict is clouding its prospects for this year.

Britain has sanctioned Rusal’s billionaire founder Oleg Deripaska and while the aluminium company itself has not been targeted, it is facing a more restricted operating environment. Anglo-Australian company Rio Tinto cut ties with Rusal as part of its overall withdrawal from Russia.

Rio Tinto was an important supplier of bauxite — an ore used in the production of aluminium — to the Aughinish refinery near Limerick in Ireland, Rusal’s biggest alumina operation and largest such plant in Europe.

The Irish government is keen for the refinery to continue operating, a spokesperson for the department of enterprise said, adding that Rusal is a significant employer in Limerick.

“The department and its agencies continue to assess the implications of recent developments and are closely monitoring the situation,” the spokesperson said.

Rusal said it is “fulfilling all its obligations towards its employees at all its assets around the world, including paying salaries and is strongly committed to continuing to do so”.

It does not plan to halt any of its operations in Guinea, a spokesperson said while acknowledging that there had been a temporary reduction in bauxite exports from the West African nation because of the war in Ukraine.

Rusal operates three mining projects in Guinea. Its Dian-Dian mines have historically supplied bauxite to Aughinish, and its Friguia project includes a bauxite mine and an alumina refinery. Ore produced by its Kindia operation is typically sent to the Nikolaev refinery near the Ukrainian port city of Mykolaiv.

The Nikolaev plant has annual capacity to refine bauxite ore into 1.7-million tonnes of alumina, about a fifth of Rusal’s output of the material used to make aluminium.

Mykolaiv, however, has been targeted by Russian shelling during the conflict in Ukraine and Rusal this month halted operations at the refinery.

A Reuters analysis of Refinitiv shipping data on Tuesday shows that of the six vessels at sea and originally transporting Guinean ore to the Nikolaev facility, four were rerouting to Aughinish.

The two other vessels are in the western Mediterranean Sea awaiting orders, the data shows.

Rusal and its parent company En+ Group, both founded by Deripaska, have said the sanctions against him have no impact on them or their subsidaries.

EU countries, however, are considering a ban on Russian ships entering the bloc’s ports, which would further hamper Russia’s commercial shipments.

None of the charter vessels transporting Rusal’s ore from Guinea are owned by the aluminium producer or other Russian companies or are registered in Russia.

Britain, though, has already decided to deny entry to British ports to all ships that are Russian owned, operated, controlled, chartered, registered or flagged.

Since July 2020 Rio Tinto has supplied 19 bauxite shipments to Aughinish, amounting to roughly 20% of the refinery’s total ore supply, according to bauxite industry specialist Bob Adam.

Rusal said it plans to increase its supply of bauxite to Aughinish, replacing shipments from Brazil. Bauxite exports to the Nikolaev refinery will resume as soon as the situation in the region normalises, the Rusal spokesperson said.

Guinea’s ministry of mines did not reply to a request for comment.

The US drugmaker says it will continue to supply medicines for urgent medical conditions such as cancer and diabetes, to Russia
World
3 months ago

Earlier in March, H&M temporarily closed its stores in Russia, which accounted for 4% of group sales last quarter
Companies
3 months ago
Next Article