Earlier in March, H&M temporarily closed its stores in Russia, which accounted for 4% of group sales last quarter 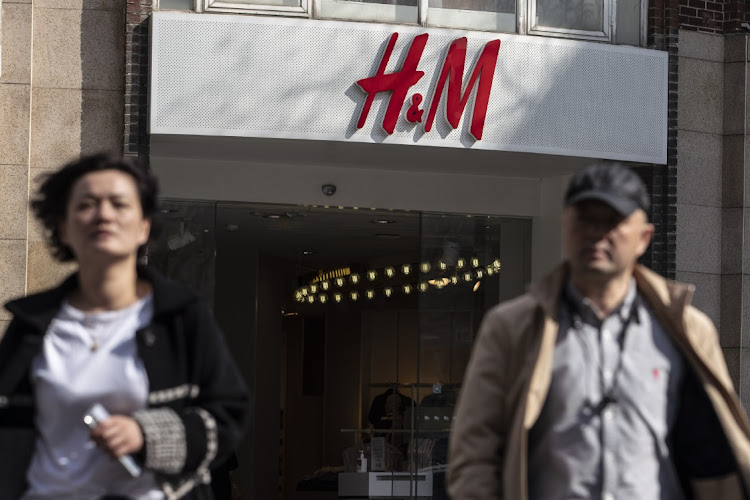 Stockholm — H&M reported a 23% rise in first quarter sales on Tuesday, which was in line with market expectations, as the world’s second-biggest fashion retailer attempts to build on its recovery from the Covid-19 pandemic.

Shares in Sweden’s H&M, which did not give any comment in its statement, were down 3% in early trade as analysts focused on the potential effects of the Ukraine war on its business in Central and Eastern Europe and wider global repercussions.

Net sales in H&M’s fiscal first quarter from December to the end of February, its seasonally slowest, were up by 18% in local currency terms, at 49.2-billion kronor ($5.13bn), compared to an average forecast from analysts polled by Refinitiv of 49.1-billion kronor.

Credit Suisse said in a note the figures implied a slowdown in local-currency sales growth to around 14% in February, from the around 20% flagged previously for December-January.

Earlier in March, H&M temporarily closed its stores in Russia, which last quarter accounted for 4% of group sales, joining a growing list of international companies shunning the country over its invasion of Ukraine.

RBC analyst Richard Chamberlain said he had cut profit estimates for H&M for 2022 and 2023 by about 10%, pointing to the Russia store closures but also the fact Central and Eastern Europe account for about 12% of group sales.

Less than a month before Russia invaded Ukraine, H&M had drawn a line under the pandemic and several tough years before that, reporting a jump in profit and saying it was hiking investments with the aim of doubling sales by 2030.

Credit Suisse analysts noted that while Russia accounted for a small share of H&M’s sales, the Ukraine crisis could result in a material effect on global disposable income and demand.

Russia, which calls its actions in Ukraine a “special military operation”, has proposed nationalising assets of foreign firms that leave in the wake of economic sanctions.

H&M will publish its full quarterly earnings report on March 31. Its biggest rival, Zara-owner Inditex, is due to report quarterly results on March 16.

The group generates less than 3% of its revenue in Russia, but now only expects growth of 2%-4% for 2022
Companies
5 months ago

The global reinsurer joins banks such as Deutsche, Goldman Sachs and JPMorgan Chase which have exited Russia following its invasion of Ukraine
Companies
5 months ago