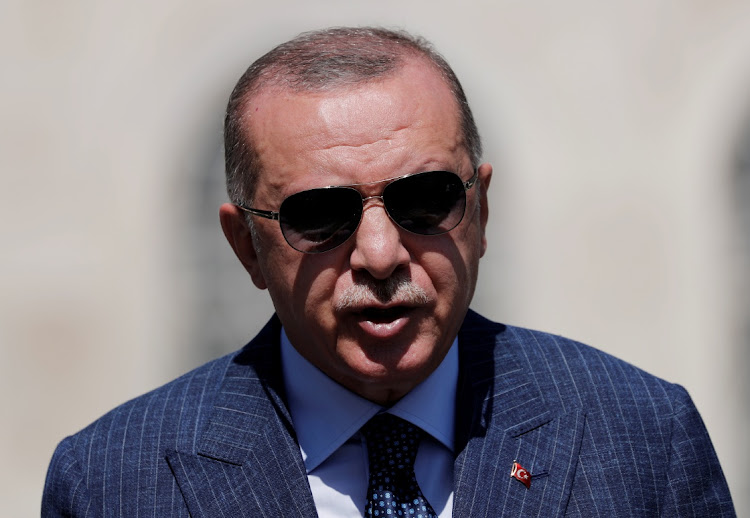 Istanbul — The Turkish government’s decision to ban alcohol sales during a 17-day Covid-19 lockdown that started on Thursday has angered some secular Turks who see it as President Tayyip Erdogan’s latest imposition of a religious lifestyle on all of society.              ’

Erdogan announced the lockdown on Monday, saying schools and most shops will be closed and people will be required to mostly stay at home in order to curb a surge in infections and deaths.

On Tuesday, his Islamist-rooted AK Party government announced that alcohol sales will also be banned, until May 17, prompting secular Turks to rush to stock up drinks cabinets before the measures came into force late on Thursday.

The government said the ban is intended to avoid giving supermarkets, which will be allowed to stay open for food shopping, a monopoly on alcohol sales to the detriment of smaller shops, which will be forced to close.

But that explanation did not convince all Turks, with some saying the ban has nothing to do with fighting the pandemic and pointing out that one of the exemptions from lockdown covers people praying at mosques.

“I don’t think this has to do with coronavirus. I believe the government thought ‘let’s ban it from now so that people slowly get used to it’,” said Adem Gulen, a recent graduate in Istanbul.

Speaking in a televised interview on Wednesday, interior minister Suleyman Soylu dismissed the idea that by banning alcohol sales the government aims to limit citizens’ choices, pointing to other pandemic measures such as travel restrictions.

An interior ministry official said liquor shops are not essential, and the ban avoids unfair competition and is not motivated by religion.

“This has nothing to do with Ramadan,” the official said of the Islamic holy month that ends when the lockdown ends. “People have already bought more than enough [alcohol] in the past few days.”

Turks have taken to social media to air frustration and the move was criticised by opposition politicians who said a government notice could not erase a constitutional right.

Since the sales ban was announced, people queued outside liquor stores while at some supermarkets beer and wine shelves have been left empty.

“It interferes with the secular lifestyle and is an intervention in the food and drink culture,” said Ozgur Aybas, head of a liquor store association. “Of course our problem is not alcohol. It is the intervention in our private lives,” he said.

The majority of Turks are observant Muslims. Secular Turks, who tend to oppose Erdogan’s AK Party, have complained in recent years that his increasingly religious agenda has encroached on their lifestyle.

The president, who has ruled Turkey for 18 years, regularly says he wants to raise a pious generation and has in the past called on citizens to have at least three children.

SA banned alcohol sales for two limited periods since the start of the pandemic, arguing that hospitals at risk of being overwhelmed by Covid-19 patients should not also have to deal with people coming in for alcohol-related reasons.

The new climate of trust between Emmanuel Macron and Mario Draghi made move possible, adviser says
World
2 months ago