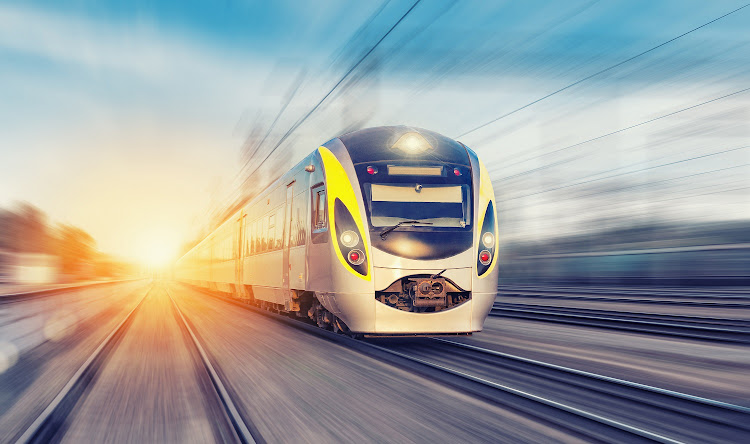 Domestic use of trains rather than planes is on the increase in Europe. Picture: 123RF/ARTEM FURMAN

The number of people flying between German cities fell 12% in November from a year earlier, according to the Flughafenverband ADV industry group, marking a fourth straight monthly drop and mirroring a pattern emerging in Sweden, where teenage activist Greta Thunberg has spearheaded a campaign against air transport.

The data adds to signs that climate change is fostering a sense of “flying shame” — flygskam in Swedish — that’s causing some people to avoid one of the most polluting forms of travel. The phenomenon may be more advanced in Germany after the country suffered a series of extreme weather events that saw it buffeted by thunderstorms and the River Rhine running dry.

“To me, this is evidence of heightened awareness of climate change turning to consumer action,” said Stefan Gössling, professor of transport economics at Linnaeus University business school, Sweden, who analysed the data and found a slowing economy, strikes and airline failures didn’t fully explain the slump.

The figures come as Germany’s parliament votes on a climate package including a tax cut aimed at reducing train ticket prices by about 10%, while Deutsche Bahn is targeting 100% renewable electricity to power trains on inter-city routes. In November, UBS said Europe may be set for a “high-speed rail renaissance” as deregulation aids better services and cheaper fares.

The ADV numbers show that flights from Germany to other European countries have also declined albeit to a lesser degree, something that might be accounted for by the relative uncompetitiveness of rail on trips much beyond four hours.

The tally for inter-continental journeys, where surface transport isn’t practical and which are often less discretionary than shorter ones, involving family visits and key business events, is still increasing.

In Germany — which has suffered record-breaking heatwaves and a drop in Rhine water levels that halted barge shipments, caused fuel shortages and disrupted power production — the environment has become the most pressing issue among voters, according to pollster Matthias Jung. Support for the country’s Green Party is above 20%, trailing only Chancellor Angela Merkel’s Christian Democrats.

ADV has suggested other issues may be at play in the slump, including strikes at Deutsche Lufthansa and the cancellation of routes between Berlin and three other cities. Gössling said that explanation doesn’t stack up given that air-passenger numbers have declined across the country. Neither is the economy likely to have been a major factor, with household spending up 1.8% in the third quarter and consumer confidence rated “exceptionally high.”

The EU plans to impose a jet-fuel levy as part of its “new green deal”. Carriers including Ryanair Holdings oppose the move and say nations could more effectively lower carbon emissions by investing in sustainable fuels and electric planes and simplifying air traffic control networks.

Despite a historic drop in demand in 2019, the International Energy Agency sees no slowdown in global coal consumption due to India and China
World
1 year ago

The COP25 talks are set to tussle over whether a new financing facility should be set up to compensate poorer countries for 'loss and damage' caused ...
World
1 year ago
Next Article