With temperatures breaching 49°C in New Delhi, the forecast is for up to 9-million units this year 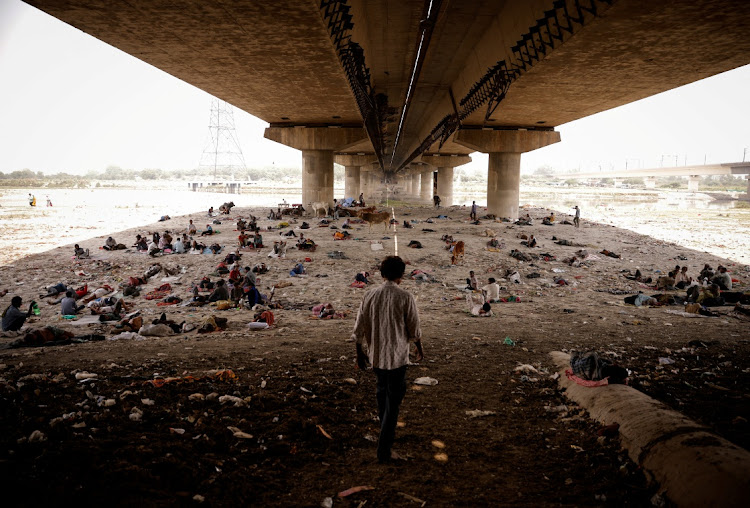 New Delhi — Indian air-conditioner manufacturers are expecting record sales this year as a heatwave scorches most of the country, an industry body told Reuters, but delayed arrivals of components from Covid-hit China may cause shortages of premium products.

With temperatures this month breaching 49°C in New Delhi, sales are set to reach between 8.5-million and 9-million units this year, up from 2019’s record of 6.5-million, the head of the Consumer Electronics and Appliances Manufacturers Association (Ceama) said.

“The market has been extremely good because this year. We got the heat in the second half of March rather than April,” Ceama president Eric Braganza, formerly the India head of China’s Haier Appliances, said on Tuesday.

Power demand has also hit a record high as India registered its hottest March in more than a century and an unusually hot April.

“Because of the [Covid-related) issues in China, it is taking longer for supplies to [arrive],” Braganza said. “As a result, and with a surge in demand, we’ve seen that energy-efficient conditioners are what are in short supply.”

Braganza, whose association members include Voltas, Whirlpool of India and Havells India, said deliveries of parts from China are now taking 60-90 days, up from 45 days normally.

Indian companies depend on China for 10%-20% of air-conditioner components such as compressors and controllers. Energy-efficient air-conditioner sales are most likely to be affected because other products largely use locally made components, Braganza said.

Blue Star, one of India’s best-known air-conditioner sellers, told a conference call this month that it has doubled inventory for some items like semiconductors to 90 days due to a “mad rush to block the quantities from the vendors”.

Voltas, a unit of India’s Tata conglomerate, said it relies on imports for only a few components as it has been trying to increase localisation over the years. But it added that given the surge in demand in March and April, some products may be in short supply.

Braganza said that later in the year, the dollar’s appreciation and a rise in raw materials costs may force manufacturers to increase prices. “We will have to really cross our fingers and wait and watch what happens from July to December,” Braganza said.

The Indian rupee hit a record low of 77.7975 to the dollar on Tuesday.

Temperatures soared to as high as 49°C in Uttar Pradesh, putting lives at risk, a delay in wheat harvesting, damage to fruit and vegetable crops and ...
News
1 month ago