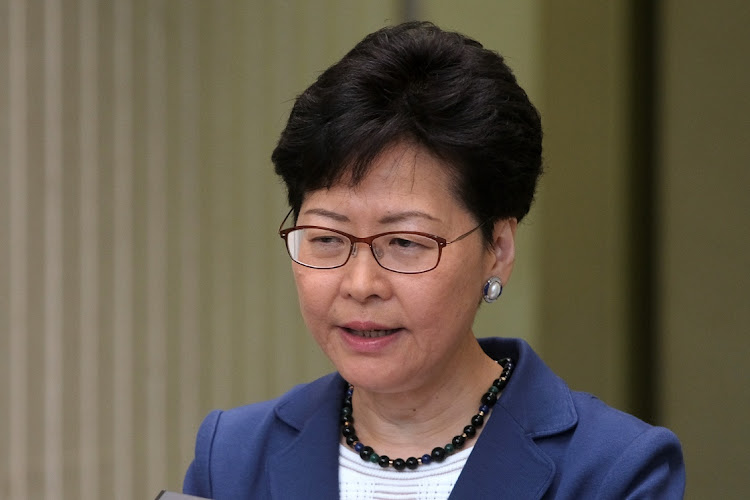 Hong Kong — Hong Kong leader Carrie Lam rejected a Bar Association nominee to a discreet panel that selects the city’s judges and appointed the Bar’s new chairman instead, the barristers’ body said on Friday, announcing what was an unprecedented switch.

The nomination of senior commercial barrister Victor Dawes, elected Bar chairperson in January, was made after Hong Kong chief executive Lam in February sought another nominee instead of Neville Sarony, a veteran barrister put forward by the Bar in August last year, the Bar Association statement said.

It was the first confirmation of the delay, also unprecedented, surrounding Sarony’s nomination, reported by Reuters in January.

The work of the panel, known as the Judicial Officers Recommendation Commission (JORC), is being closely monitored by lawyers, scholars and diplomats amid concerns over judicial independence in the global financial hub.

The Bar statement said Dawes was the best candidate and that “the Bar Council believes it is in the public interest for a member of the Bar to be appointed to JORC without further delay.”

Sarony’s nomination last year came amid intense criticism of the association by pro-Beijing forces, who accused it of being “anti-China” for questioning government moves such as a 2019 proposal to allow suspects to be extradited to mainland China for trial.

While seen by his peers as non-partisan and a specialist in personal injury cases, Sarony, who is in his early 80s, has at times been critical of government policies in local newspaper columns.

Dawes will take up his post on April 1, according to a Hong Kong government announcement on Friday.

He is widely seen by other lawyers as someone who will lower the profile of the Bar, which had been headed by British-trained barrister Paul Harris, who was frequently targeted by pro-Beijing officials and media.

Dawes did not immediately respond to Reuters’ questions about the Bar’s profile.

The Hong Kong government did not respond to a request for comment on the appointment of Dawes rather than Sarony.

The Hong Kong judiciary told Reuters it was “inappropriate” to comment on the appointment of any member of JORC as it was a decision of the city’s leader, adding it is not involved in the consultation or appointment process of the commission.

It is also illegal for the judiciary to disclose any information on meetings related to JORC, it added.

Judicial independence is widely seen as vital to securing the future of the rule of law that underpins Hong Kong’s commercial and social freedoms following its handover from British colonial rule to Chinese sovereignty in 1997.

Nomination of judges by the commission is increasingly important as some of these jurists will rule on issues such as prosecutions under a sweeping national security law that Beijing imposed on the city in 2020 to punish subversion, secession and collusion with foreign forces.

The work of the nine-member commission is secret and it is a crime to reveal its deliberations or attempt to interfere with them.

The commission is headed by the city’s top judge, Chief Justice Andrew Cheung, but the chief executive must approve appointments to it and its recommendations — powers that date back to the British colonial era but have until now not been used to reject nominees, lawyers and scholars have told Reuters.

“Nothing like this has happened before,” said one senior lawyer familiar with the commission's operations. “The chief executive is using powers, even if lawful, in a way that we’ve not seen...the reason for Sarony being rejected should be fully explained. The commission’s work is vital to the future strength of Hong Kong’s judiciary.”

Lam, Sarony and Cheung did not immediately respond to Reuters’ requests for comment.

Hong Kong’s closed borders are in contrast to Asian countries including Singapore, Malaysia, Thailand and Vietnam, which are taking steps to allow ...
News
4 months ago

City has lost several finance events to Singapore, its main regional competitor, which has lifted all quarantine requirements
News
4 months ago
Next Article