Gemfields, whose two key operating assets are Montepuez ruby mine in Mozambique and the Kagen emerald mine in Zambia, is very dependent on auction revenue 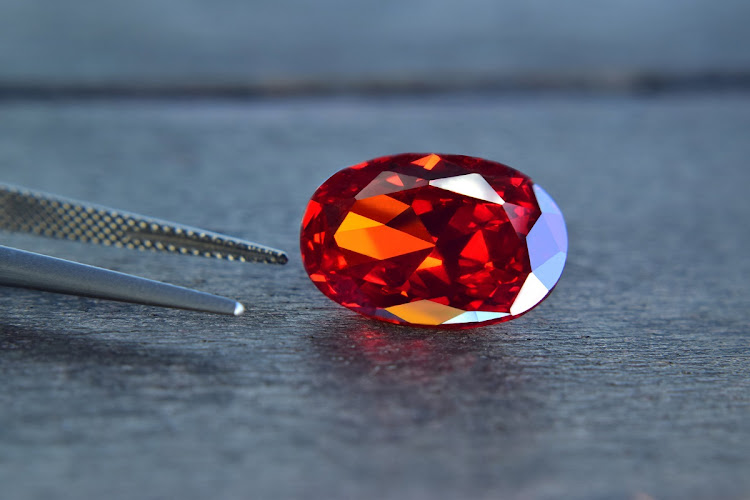 Ruby and emerald miner Gemfields has declared its first dividend in its history, paying out $20m (R290m) to shareholders, after bouncing back from a pandemic that had disrupted auctions and shuttered mines for about a year.

A buoyant coloured gemstone market, and pent-up demand after a disruptive 2020, benefited Gemfields in 2021, when revenue rose more than sevenfold to $257.7m, which is almost a fifth higher than in 2019.

Gemfields, whose two key operating assets are Montepuez ruby mine in Mozambique and the Kagen emerald mine in Zambia, is highly dependent on auction revenue. However, in 2020 Covid-19 brought travel to a halt and therefore viewings, with the group developing an online auction system in response.

All but critical operations at Kagem and Montepuez were suspended in March 2020 and April 2020, respectively, recommencing in early 2021, with both mines operating back at normal capacity by May of that year.

“We haven't raised any new equity capital, we didn't rely on government support in any jurisdiction, and we stood by our 2,400 team members through out the world without making any redundancies,” CEO Sean Gilbertson said during an investor presentation. 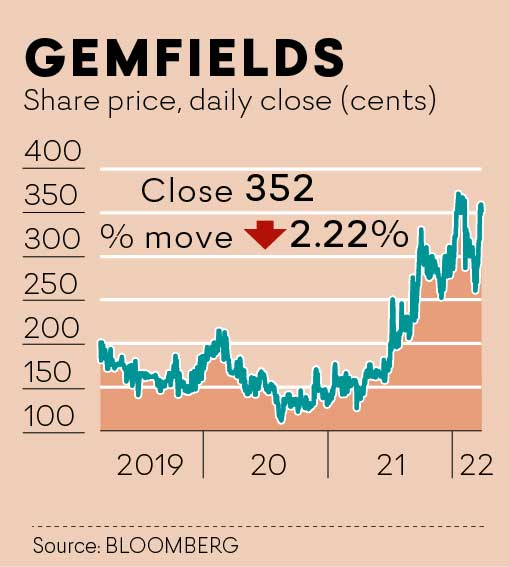 “The world is looking much better now,” he said.

London and JSE-listed Gemfields booked a profit of $64.96m for the year to end-December, from a loss of $93.2m previously, with its 2021 profit two thirds higher than before a pandemic that had forced it to temporarily slash salaries for its UK staff, while putting its going-concern status at risk.

Gemfields, however, now feels it should be able to meet its obligations for the foreseeable future, and declared a 1.71 dollar cents per share dividend, the first for a company established in 2007.

Russia’s invasion of Ukraine is a new threat, however, with Gemfields saying on Friday it wasn't expected to have an unmanageable effect.

None of the group’s rough gemstone customers are based in Russia, nor are of Russian origin, while no customers have raised any concerns regarding the conflict, it said.

Fabergé, while having no points of sale or business in Russia, is not expected to be directly hit by any sanctions levied on that country, but it is estimated that the conflict could have a 20%-40% effect on Fabergé’s sales during the conflict period.

To mitigate this, Fabergé could reduce inventory purchases to maximise cash retention, and it has already taken steps to lower its marketing and advertising spend.

The group’s shares were flat on Friday at R3.60, and had jumped 12.58% on Tuesday, its best day in six months, which followed the release of a trading statement.

The shares have risen almost a fifth in 2022, and have more than doubled over the past two years, giving the luxury goods firm a market value of R4.22bn.

Covid-19 had hit the gemstone group hard in 2020, leading to a cancellation of in-person events
Companies
8 months ago

The group went online to sell emeralds and rubies in 2020, successfully continuing with this format in its half year to end-June
Companies
10 months ago

Gemfields hopes for a better year after a 2020 thrashing