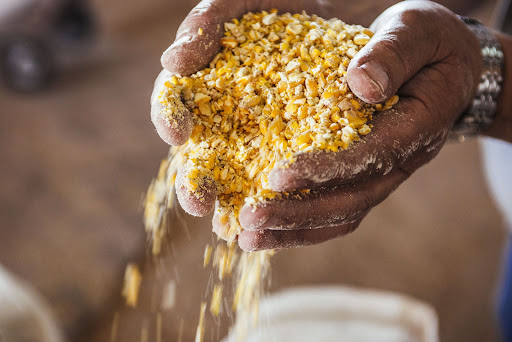 Singapore — A surge in wheat and maize prices is boosting demand for low-grade rice in animal rations across Asia, pushing up prices of the world’s most important staple at a time when global food inflation is already hovering near record highs.

Global crop importers are scrambling for supplies after Russia's invasion of Ukraine severed grain shipments from the two countries, which together account for about 25% of world wheat and 16% of world maize exports.

Chicago wheat futures hit a record high last week while maize climbed to its highest in a decade after war-torn Ukraine shut its ports and Western sanctions hit Russian exports.

The price spikes in wheat and maize in turn pushed buyers to seek alternatives, including in China, by far the world's largest feed market. Importers there are in talks to buy extra volumes of broken rice — inferior rice where the grains have been fractured during the milling process — to fatten hogs and other animals, traders and analysts said.

Rice typically trades at a steep premium to wheat, but wheat’s blistering 50% price surge from a month ago has sharply cut the difference between the two grains, and even made wheat more expensive than some lower grades of rice.

Benchmark food-grade rice from Thai exporters made its biggest weekly gain since October 2020 last week on the back of firmer food and feed demand, climbing 5% to around $421.50 a tonne.

That's the highest since last June, and sources say prices may keep rising if the disruption to Black Sea flows persists. Export prices from Vietnam and India have also climbed.

“It is not just animal feed, there could also be a substitution in other use sectors, such as more people turning to rice for their meals.”

China had booked up to 2-million tonnes of Ukrainian corn imports for this year, but most of those shipments are now in jeopardy given the disruption to Ukraine's logistics chains.

To replace those lost volumes, China is expected to import about 3-million tonnes of broken rice, up from about 2-million tonnes annually in the past two years, said a Beijing-based rice trader.

One importer in Guangdong is looking to buy broken rice from Thailand, while others have recently bought Indian broken rice for feed, according to another source briefed on the matter.

“There is tremendous increase in demand for lower-quality rice from Thailand's animal feed industry,” said one trader in Bangkok. “In fact, much of Thailand's broken rice is likely to be consumed in the domestic market.”

Global rice prices could rise further in the second quarter if wheat consumers in India — the second largest rice user after China — switch to rice due to record high domestic wheat prices, which would accelerate any decline in rice inventories, said Chookiat Ophaswongse, honorary president of Thai Rice Exporters Association.

In turn, an increase in rice prices will intensify food security worries for some of the poorest nations in Africa and Asia, where millions rely on cheap availability of the staple.

“As of now, broken rice is mainly for the feed sector, but as the war gets prolonged and buyers are not able to get hold of adequate wheat, then it comes to food security,” said one Singapore-based grains trader.

“Buyers will do whatever they can to replace expensive wheat with rice or other alternatives.”