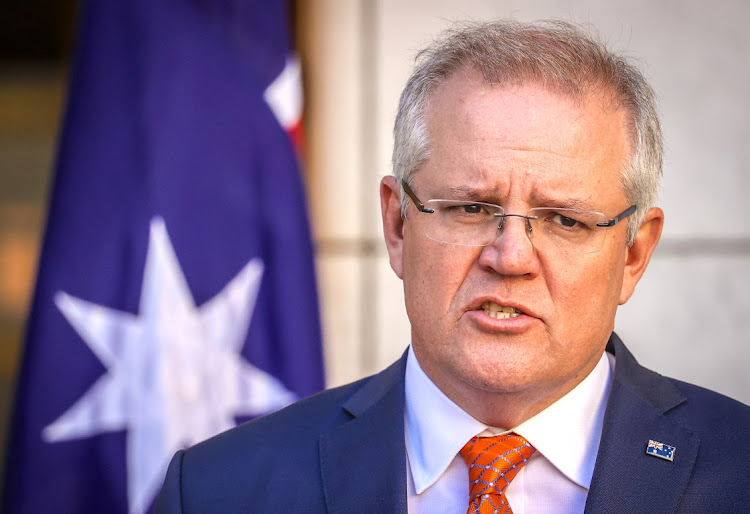 Canberra — Australian Prime Minister Scott Morrison has reshuffled his cabinet, adding one additional woman to the 22-person body and elevating others to more senior roles as he seeks to ease a backlash against his government sparked by its handling of sexual assault allegations in parliament.

While Morrison has promoted women to helm the high-profile attorney-general and home affairs portfolios, he risks leaving himself open to criticism by retaining Christian Porter — who, earlier this month, vigorously denied allegations that he raped a fellow school debating-team member in the 1980s when he was a teenager. The cabinet now has a total of seven women.

“These changes will shake up what needs to be shaken up while maintaining the momentum and the continuity and the stability that Australia needs,” Morrison told reporters in Canberra on Monday.

The previous minister of defence, Linda Reynolds, had been criticised by Morrison for her handling of separate allegations that a media adviser was raped by a colleague in her parliamentary office two years ago. She will move to the government services portfolio, and remain in the cabinet.

Poll ratings for Morrison’s conservative government have fallen amid criticism of its handling of the rape allegations and lack of progress in addressing sexual harassment and gender inequality. Tens of thousands of protesters have taken part in rallies across the nation demanding greater female representation in parliament and tough action against sexual violence and discrimination.

“The problem is that this cultural issue of attitudes to women is so far reaching, so broad,” Michelle Grattan, a professorial fellow at the University of Canberra, said in a Bloomberg Television interview on Monday. Morrison was struggling to find the right policies and empathetic tone to address women’s matters because his “own experience and background is very limited when it comes to these sorts of issues”, she said.

Morrison’s personal approval rating has fallen seven points to 55% in the past two weeks, according to a Newspoll published in the Australian newspaper on Monday. The survey showed his Liberal-National coalition trailing the main Labour opposition, 48% to 52%.

The prime minister has been personally criticised by rival lawmakers for his failure to adequately address the issues, which, in the past week, widened to include what he described as “disgusting and sickening” behaviour involving a group of male government staffers who had shared images and videos of lewd acts for two years.

The pressure on the government increased when lawmaker Andrew Laming announced he would quit politics at the next election, expected to be held in 2021’s first half, after he said he had been cyber-bullying two women.

The main Labour opposition has called on Laming to resign immediately — if he did, Morrison’s coalition would lose its slim lower house majority.

While Morrison has said he’s open to considering quotas within his Liberal Party to raise the percentage of female lawmakers — currently 23% — he didn’t address that issue on Monday.

The mistreatment of women in parliament made global headlines in 2012 when Australia’s first female prime minister Julia Gillard accused opposition leader Tony Abbott of misogyny. More recently, former foreign minister Julie Bishop has blasted behaviour by lawmakers that wouldn’t be “tolerated in any other workplaces across Australia”.

Porter is on leave after saying he needed to deal with mental health issues. Police aren’t pursuing the case due to a lack of admissible evidence, and Porter is suing the state-owned Australian Broadcasting Corporation (ABC) for defamation. Morrison has refused to hold an inquiry into the allegation.

In February, Reynolds’s former staffer Brittany Higgins alleged she was sexually assaulted by a colleague in March 2019. While Reynolds urged her to report the incident to the police, Higgins has told media that she felt she had not been adequately supported by the government. Reynolds has been on medical leave since late February.

While in the defence portfolio, Reynolds has encountered a deteriorating geopolitical relationship with China that’s spilt over into trade ties. She has also addressed accusations of dysfunction in the military after a government-commissioned report found in November that Australian special forces soldiers serving in Afghanistan were allegedly involved in 39 unlawful killings of prisoners, farmers and other civilians.

In other moves announced by Morrison on Monday, Melissa Price will return to the cabinet as minister for defence industry, and Jane Hume will take on responsibility for women’s economic security. Cash will also take on the industrial relations portfolio.

The agency will screen collaborations for national security risks, vetting by country for potential political interference and human rights abuses
World
1 month ago

As a global chip shortage hobbles the automotive and electronics industries, the US, EU and Japan are contemplating spending billions on cutting-edge ...
World
3 weeks ago

Australia and Southern Africa can work together on climate action and energy ...

Australia and Southern Africa can work together on climate action and energy ...