This year’s Olympic Games are already mired in controversy, while next year’s Winter Games in Beijing are being widely pushed by Xi Jinping 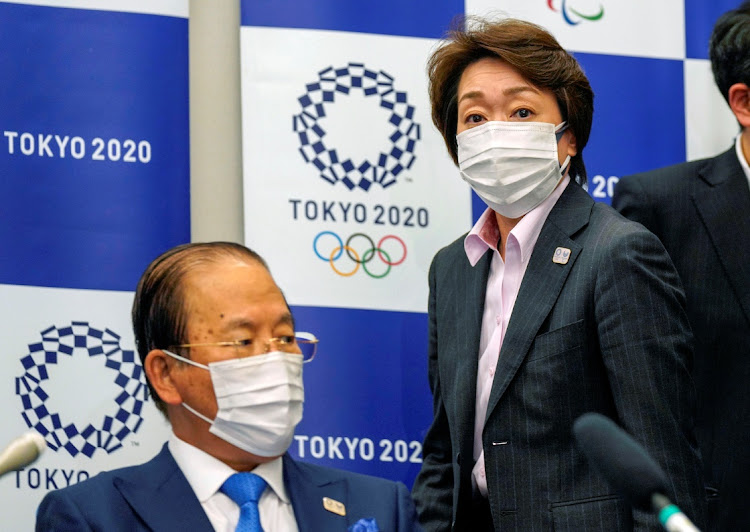 Tokyo — There are many reasons why Japan is determined to hold the already-delayed Tokyo Olympics this summer, but one that is seldom discussed publicly: China.

Beijing is set to host the Winter Games in 2022, and China has made it clear that it plans to push ahead, with the virus largely contained within its borders.

That’s caught the attention of Japanese government officials, who have been citing China’s increased publicity for the Winter Olympics in their conversations with organisers of the Tokyo Games, according to a person involved in planning for the three-week sporting bonanza, due to start on July 23. Organisers see that as a sign Japan wants to plough ahead with the Games despite the ongoing pandemic, said the person, asking not to be identified because these concerns aren’t being discussed publicly.

Meant to herald a return to the global spotlight for Asia’s number two economy, the Tokyo Olympics have instead become a headache for Prime Minister Yoshihide Suga’s government. Ongoing outbreaks in many places, including Japan, have put a question mark over whether the games should go ahead as planned.

While organisers have issued protocols for how it plans to protect athletes and the public — including regular testing and a system of bubbles — the pandemic has made the Olympics more of a test of whether it can control the virus. That’s fueling a low-grade, geopolitical rivalry between China, which has a zero-tolerance approach to snuffing out the pathogen, and Japan, where everyday life has been less disrupted but coronavirus cases persist.

“The weight of China, especially among Japan’s conservatives, is quite immense in terms of the way it sees its own position and the way it sees Japan,” said David Leheny, a politics professor at Waseda University. “If Japan isn’t able to have the Olympics because it hasn’t handled it well or vaccination hasn’t proceeded quickly enough — and if China is able to do that, it’s just going to be another blow.”

Representatives for the prime minister’s office and the local Olympics committee didn’t respond to requests for comment.

China is by far Japan’s biggest trading partner, and also one of its biggest security threats, with ships from both countries tailing one another around disputed East China Sea islands daily. While Japan can no longer hope to compete with China in terms of economic size or military might, it would, in normal times at least, have stood a good chance of throwing a better party.

Japan’s fear of losing face against its closest regional rival has upped the ante for the Summer Games. The Tokyo Olympics, which was postponed almost a year ago, faces low public support, a sudden change in leadership after a sexism scandal, and the possibility of a spectator-free event with little pomp or pizazz.

For the nation of 126-million, the Olympics are meant to showcase Japan’s re-emergence from two decades of stagnation and remind the world of its clout as the third-biggest economy. The 1964 Tokyo Olympics and the 2008 Beijing Olympics were seen as touchstones that marked each country’s emergence onto the global stage as rising powers.

“Japan will hold the Tokyo Olympics and Paralympics this summer,” Suga said on January 29 in an online session at the World Economic Forum. “I’m determined to make it happen as a sign of humanity’s triumph over the new coronavirus.”

In one portentous sign, in early February the International Olympic Committee (IOC) changed its Twitter banner photo to promote the Beijing Games. Japanese media immediately seized on the change and fretted over what it meant. The IOC changed the image back to the Tokyo event, saying it was done temporarily to mark the one-year countdown to the Winter Games.

The scaling back of the Games — the torch relay kicking off on  March 25 will not allow spectators to cheer — also reflects broader concerns over gathering in large numbers. An FNN poll in late February found that only 28% of Japanese support holding the Olympics.

It’s unlikely that a majority of Japan’s population will be vaccinated by the time the games are set to start — driving up the public health risks and potentially undermining support even more. A decision on whether international spectators will be allowed into Japan probably won’t be made until the end of April.

“Japan is in a real bind on this, no matter what they do,” Leheny said. “It’s not going to be the awesome return to international glory it was imagining when they it was thinking it was going to be the next 1964.”

The stakes are also high for China. Although the Winter Games carry less weight than the summer, a successful event will make Beijing the only city to have hosted both. It will also provide a chance for China to improve its image after a year of being cast as the source of the virus.

The Beijing Winter Olympics are also being clouded by reports of the government’s persecution of the Uighur Muslim minority, which has been described as genocide by some countries. Activist groups have begun calling for a boycott, and it remains to be seen whether other countries follow suit, most notably Canada.

The North American country’s decision not to send a team to the Tokyo Olympics in 2020 was seen as a key reason for delaying the games.

In late January, Chinese President Xi Jinping toured his country’s Olympics venues and delivered a clear message: the Winter games will happen no matter what. “Not only will we host a successful Winter Olympic extravaganza,” Xi said on January 19, “but also a distinctive, spectacular and unique Games.”

Yoshiro Mori has apologised for his comments, but has not quit, with people calling for a younger and/or woman to replace him
Sport
7 months ago
Next Article