Hong Kong election may be delayed as protests turn violent

After five months of protests and two bloody attacks, an election delay would be a setback to a rare bastion of democracy under Chinese rule 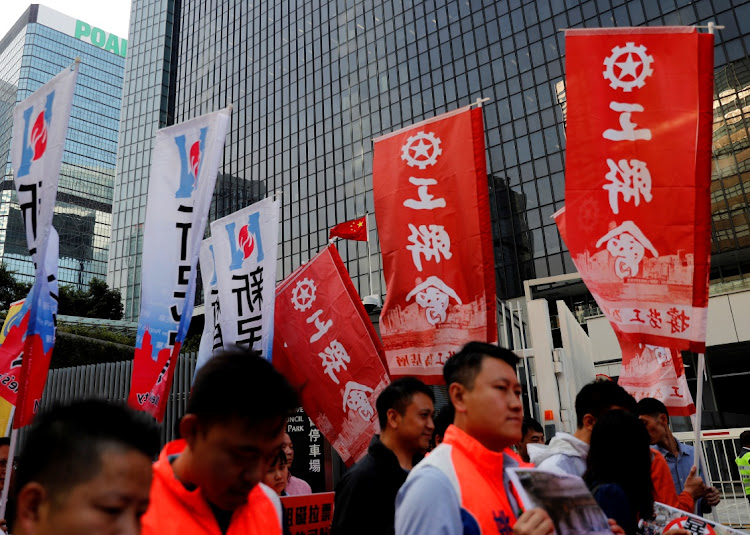 Hong Kong — Hong Kong has been gripped for almost five months by protests demanding greater democracy. Now, a pair of bloody attacks on candidates is raising questions about whether the city can even hold an election.

On Wednesday, a pro-Beijing lawmaker known for his inflammatory comments against protesters was stabbed on the street while campaigning. Earlier this week, a pro-democracy candidate had a piece of his ear bitten off in a vicious brawl.

Both men are seeking one of the more-than 450 district council seats up for grabs on November 24, in what will be the first city-wide vote since a wave of historic protests struck the former British colony in June. The vote has emerged as a test of the city’s commitment to democracy amid waves of demonstrations that have devolved into vandalism, police clashes and occasional mob violence.

The city’s Beijing-appointed CEO Carrie Lam has the authority to decide whether to delay the voting. The election could be delayed in case of a “riot, open violence or any ­danger to public health or safety”, according to a paper the government submitted to the city’s legislature.

“I’m greatly worried that the only democratic election we can have might be torpedoed by all of this,” said Ronny Tong, a lawyer and government adviser. “With this attack, people are beginning to question whether it’s safe to carry on with the elections as if nothing has happened.”

A delay could would be a setback to a rare bastion of democracy under Chinese rule. Although district councilors have little political power, they help choose electors that select the city’s top leader and the election is expected to set the tone for more consequential vote for seats on the local legislature next year.

Hong Kong’s government is legally allowed to delay the vote for as long as 14 days, but in October, Lam invoked the colonial-era emergency powers ordinance for the first time since 1967 — to ban the face masks worn by protesters — and could conceivably do so again to push back the elections beyond that time frame. One Lam adviser suggested in an interview with news site HK01 that if protests continue past a certain date ahead of the elections, the voting process should be postponed.

Still, such a move risks further inflaming tensions and provoking US lawmakers to get more aggressive in efforts to support Hong Kong’s pro-democracy camp. The Hong Kong government issued a statement saying it “severely condemns” the attack but didn’t say whether Wednesday’s stabbing of lawmaker Junius Ho had influenced its decision on whether to hold the election.

He was handed flowers by a man who suddenly pulled out a knife and stabbed him in the chest. He called his wound “superficial”, but called it a “dark day” and said “the climate of the election is unjust and order is already lost”. It was the latest in a series of attacks on prominent figures affiliated with the election.

Activist Jimmy Sham of the Civil Human Rights Front, which has organised some of the city’s biggest protests, was attacked for a second time in October after announcing he would run. Yeung Tsz Hei, a pro-establishment candidate, was kicked while campaigning on Wednesday morning, HK01 reported. A man verbally harassed, attempted to kick him and later returned to throw an unidentified liquid at him, it said.

The importance of this year’s election is magnified by five months of historic unrest sparked by a bill allowing extraditions to mainland China, which expanded into a movement for greater democracy. With Lam’s popularity at a record low as violence grows, pro-democracy lawmakers are hoping to make an impact with huge gains over their pro-establishment rivals.

A strong showing in the election could make the opposition a thorn in Beijing’s side as Chinese officials seek to ensure the city is led by their own preferred candidate.

“This is a great irony, that for many years, Hong Kong people enjoyed a level of civil liberties — personal safety, rule of law, independence of judiciary — much higher than many countries with periodic elections, both in Asia and elsewhere,” said Emily Lau, a veteran of Hong Kong electoral politics who belongs to the city’s opposition Democracy Party and has advised candidates in the upcoming elections. “But now, in the past four or five months, suddenly all these things are crumbling down before our very eyes. There’s all these connections that the outside world may not be aware of, but make Beijing very, very concerned.” s

Tong, the pro-establishment lawmaker, said that any violence that erupts during the elections could even prompt Beijing to take more direct action to clamp down on the city’s freedoms.

“We’re putting the continuation of ‘one country, two systems’ at risk,” Tong said, referring to the system by which Beijing rules over Hong Kong’s capitalist society. “If Beijing were to say, ‘well, I’m fed up with this, and I’ll do what I can to restore law and order’, you can imagine what it would be like for people in Hong Kong — and that’s the dangerous thing that we see on the horizon.”

As protesters plan to ‘celebrate’ Guy Fawkes Day, a state paper says civil servants who support the demonstrations will ‘perish with the rioters’
World
1 year ago

WeWork wriggling out of property leases in Hong Kong

Far-reaching effects of Hong Kong protests a worry for business

WeWork wriggling out of property leases in Hong Kong

Far-reaching effects of Hong Kong protests a worry for business