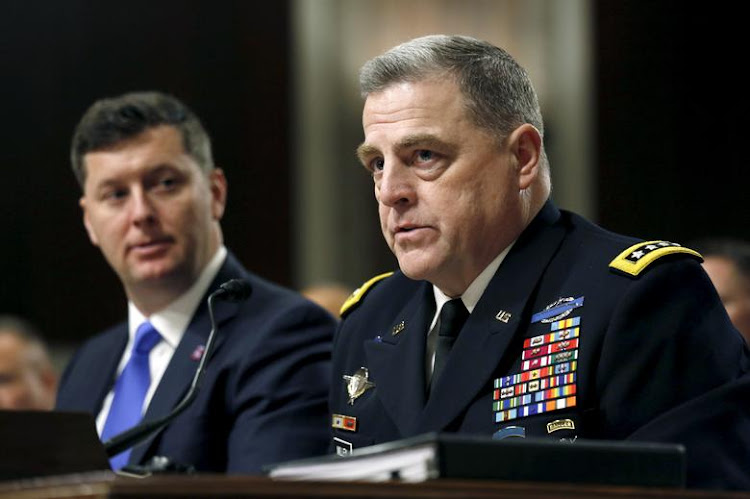 “What we saw was a very significant event of a test of a hypersonic weapon system. And it is very concerning,” Gen Mark Milley, chair of the joint chiefs of staff, told Bloomberg Television. “I don’t know if it’s quite a Sputnik moment, but I think it’s very close to that. It has all of our attention.”

Milley’s comments are the most significant acknowledgment by a US official of reports that China’s military conducted possibly two hypersonic weapons tests over the summer, including the launch into space of an orbiting hypersonic weapon capable of carrying a nuclear payload. The Financial Times first reported the tests, citing officials it did not name.

The next-generation technology, if perfected, could be used to send nuclear warheads over the South Pole and around American anti-missile systems in the northern hemisphere. Hypersonic weapons are normally defined as fast, low-flying and highly manoeuvrable weapons designed to be too quick and agile for traditional missile defence systems.

While Milley stopped short of declaring the weapons test on par with Sputnik — the pioneering 1957 satellite that gave the Soviet Union an early lead in the space race, shocking the US — the comparison showed the depth of concern about Beijing’s work on hypersonic arms.

Air Force secretary Frank Kendall in a speech last month referred to the potential for such a Chinese space-based capability, which during the Cold War was called a “fractional orbital bombardment system”, or a system that goes into orbit and then de-orbits to hit a target.

The CEO of Raytheon Technologies, Gregory Hayes, on Tuesday said that the US is “at least several years behind” China in developing hypersonic technology.

China has disputed the reports of the tests, saying it simply launched a reusable space vehicle.

The development comes as the US and Chinese militaries have increasingly squared off across Asia, from the South China Sea to the Taiwan Strait, as part of what the Biden administration has characterised as “strategic competition” between the world’s two largest economies.

The threat of a US strike that wipes out Chinese missiles before they can hit an American target has long been seen as a deterrent against more assertive military action by Beijing.

The reported hypersonic test was part of a broader build-up of the Chinese military with broad implications for America, Milley said. “They’re expanding rapidly — in space, in cyber and then in the traditional domains of land, sea and air,” he said. “And they have gone from a peasant-based infantry army that was very, very large in 1979 to a very capable military that covers all the domains and has global ambitions.

“As we go forward — over the next 10, 20, 25 years — there’s no question in my mind that the biggest geostrategic challenge to the US is gonna be China,” Milley said. “They’ve developed a military that’s really significant.”

The scope of that build-up is greater than official defence spending figures suggest, Milley said. “You gotta zero out to the cost of labour,” Milley said. “Chinese military troops are not anywhere close to the level of expense” of a US. solider. “So, zero that out. Then you get budgets that are much closer.”

In addition, he said much of the Chinese military’s research & development is led by state-owned companies in the commercial sector, which isn’t counted as official defence spending. “If you really peel the onion back and you do a detailed analysis” that compares “apples to apples, you’ll see budgets that are much closer to each other than people might think.”

Milley characterised America’s long military involvement in Afghanistan as a strategic failure because “the enemy, the Taliban, ended up in Kabul, in the capital. And the regime that we supported lost,” he said.

The failure didn’t come in the last 20 days of the war or even the last 20 months, Milley said. But “what caught us by surprise” in August was “the speed, and the scope and the timing” of the Afghan government’s collapse, he said. “So, that’s something that we need to figure out.”

Milley has drawn fire from both Republicans and Democrats in recent years as military leaders struggle to steer clear of Washington’s partisan politics.

Democrats and former high-ranking officials criticised Milley when he marched across Washington’s Lafayette Square with then-President Donald Trump in June 2020 for a photo op outside St John’s Church in the midst of nationwide protests against police violence. Critics said Milley’s presence lent the military’s imprimatur to a political event that undercut freedom of speech and assembly.

“It all happened very quickly. I thought he was going out to, you know, check troops sort of thing,” Milley said. “And I found out very, very quickly as I looked forward and I saw the press being set up, I realised it was a political event and I — I got out of the way — and broke away from that. And I regret that,” he said of his participation.

More recently, Milley was criticised by Republicans for calls he made to his Chinese counterparts in the tumultuous final weeks of the Trump administration to reassure them that the president didn’t plan to attack. Milley has said the calls were a normal part of his job and were co-ordinated with the acting secretary of defence.

Milley also described the January 6 Capitol riot as “one of the most significant events in recent history”, but declined to comment on what could have been done differently that day. “I’ll let the January 6 Commission and all the various investigations do all the postmortems on it,” he said.