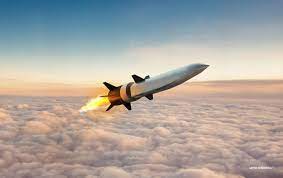 China’s military conducted two hypersonic weapons tests over the summer rather than the one test reported earlier, the Financial Times said, a development that could heighten worries in Washington about Beijing’s advancing military capabilities.

China first tested a rocket using a “fractional orbital bombardment” system to launch a “hypersonic glide vehicle” capable of carrying nuclear weapons on July 27, and followed that up with a second hypersonic test on August 13, the newspaper reported late on Wednesday, citing officials it didn’t identify. The FT had reported on Saturday that China conducted a single hypersonic test.

The object, which the FT said missed its target by about nearly 40km after dropping from orbit, has raised concerns that US rivals may be able to eventually neutralise the Pentagon’s missile defences. The technology, once perfected, could conceivably be used to send nuclear warheads over the South Pole and around American anti-missile systems in the northern hemisphere.

On Monday, China disputed the FT’s initial report about the test, with foreign ministry spokesperson Zhao Lijian saying the object launched into space was a reusable space vehicle such as those advanced by private rocket companies like SpaceX. The latest FT report said that the reusable space vehicle described by the foreign ministry was tested on July 16, before the other two launches.

On Thursday, foreign ministry spokesperson Wang Wenbin reaffirmed the country’s previous interpretation of events: “I want to reiterate that this test reported by certain media is a routine spacecraft test to verify the technology of the spacecraft’s reusability,” Wang told reporters at a regular news briefing in Beijing.

If the hypersonic tests are eventually confirmed, it would sharpen rising worries in the West about China’s rapidly modernising military technology, particularly its growing arsenal of missiles. The tests could suggest President Xi Jinping may be exploring orbital strikes as a way to counter American advancements in shooting down ballistic missiles before they can threaten the US homeland.

On Thursday, Reuters reported the US military tested hypersonic weapon component prototypes on Wednesday.  The Pentagon said the tests were part of developing the new weapons, calling the three tests successful.

However, people briefed on the test result said a  booster rocket carrying one hypersonic weapon failed.

The tests occurred the same day that US President Joe Biden said he was concerned about Chinese hypersonic weapons.

Companies such as Lockheed Martin and Raytheon Technologies are working to develop the hypersonic weapons capability for the US.