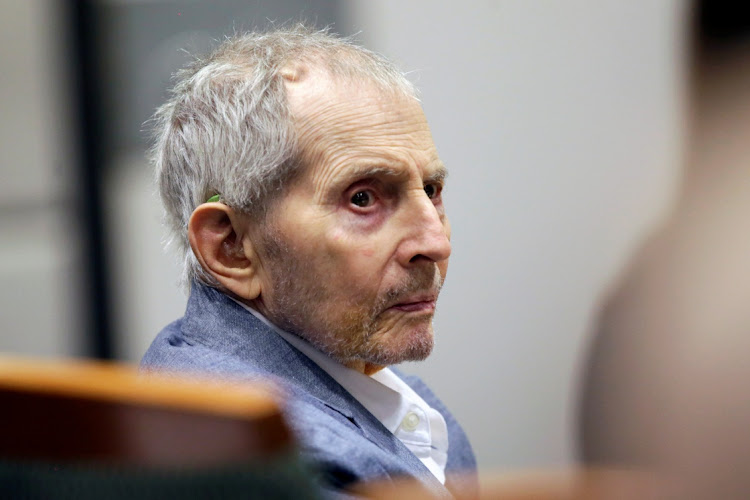 Robert Durst, the New York real estate heir who was accused of at least three murders, was found guilty of killing a long-time friend 21 years ago in California.

A Los Angeles jury convicted Durst, 78, on Friday in the murder of Susan Berman. Prosecutors alleged he killed her because she helped him cover up the murder of his wife almost four decades ago, and he feared she might expose him to authorities.

The murder trial was not the first for Durst — he was acquitted 17 years ago in Texas, even after admitting he shot his elderly neighbour and dismembered his body. The estranged son of a real-estate family with stakes in properties including One World Trade Center, Durst became the subject of a big-screen film staring Ryan Gosling and an HBO documentary, The Jinx: the Life and Deaths of Robert Durst. The FBI arrested Durst on the eve of the airing of the final episode of the Jinx, which concluded with him muttering off-camera that he “killed them all, of course”.

In the Berman case, his own testimony is likely to have clinched his fate with jurors. Durst denied having shot his friend at her Beverly Hills home just before Christmas in 2000, but admitted under cross-examination that he would lie if asked about it.

“But if you had, you would lie about it, correct?” Lewin asked.

Durst’s lawyer Dick DeGuerin said Lewin’s question was based on a false premise, akin to asking a man when he stopped beating his wife.

While testifying, Durst wore a protective face shield and sat in a wheelchair. He laboured to speak in a raspy voice, often after having read the questions posed to him from a tablet where he received instant transcripts. Lewin spent “nine days of beating up on a sick, old man who can’t defend himself”, DeGuerin said.

The jury’s verdict comes more than a year after the trial started. Proceedings began in March 2020, but were halted less than two weeks in by the Covid-19 pandemic. The trial resumed in May 2021 .

The prosecution presented the jury with a theory that Durst killed his wife Kathie at their South Salem cottage in January 1982. Berman, the daughter of a Las Vegas mobster who ran the Flamingo hotel in the 1940s, helped cover it up, they said. Prosecutors said Durst killed Berman because he feared she would expose him as Kathie’s killer.

Authorities reopened the case in 2021 as a murder investigation.

In between Kathie’s disappearance and Berman’s murder, Durst went on trial in 2003 in Galveston, Texas, for the murder of his neighbour. He was acquitted by a jury who agreed with the idea that he shot the man in self-defence and then panicked, dismembered the body using a bow saw and dumped the remains in Galveston Bay.

After the trial, Durst pleaded guilty to evidence tampering.

“The defendant, ladies and gentlemen, has been running from the truth for 39 years,” deputy district attorney Habib Balian told the jury in his closing argument. “Don’t let him run from the truth any more.”

It’s well over three years since Optimum Coal Mine was placed into business rescue. Now, new concerns about possible Gupta influence may slow ...
Features
1 month ago

Durban-based outfit called Africrypt, run by two barely 20-something brothers, is one of the most brazen scams in SA history and, if the numbers are ...
Opinion
3 months ago
Next Article