The package, estimated to raise more than $2-trillion, is slimmed down to appeal to business-minded Democrats 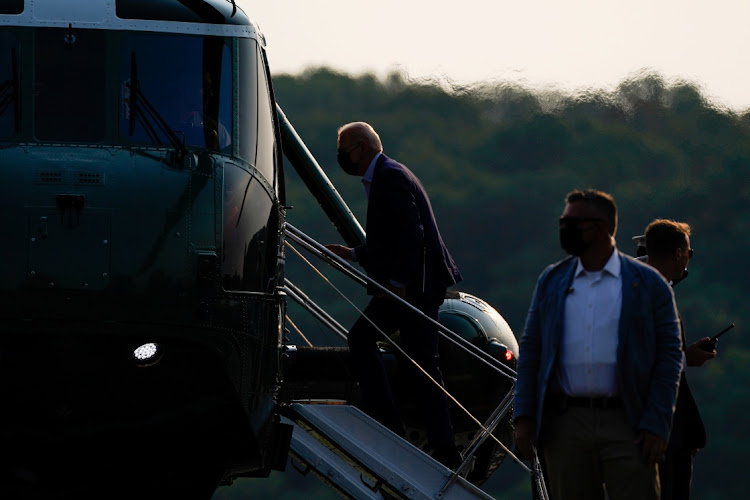 House Democrats have drafted a package of tax increases that falls short of President Joe Biden’s ambition, an acknowledgment of how politically precarious the White House’s $3.5 trillion economic agenda is for party moderates.

The Democratic proposal would raise the top corporate tax rate from 21% to 26.5%, less than the 28% Biden had sought, people familiar with the matter said on Sunday night. The top rate on capital gains would rise from 20% to 25%, instead of the 39.6% Biden proposed, the people said. Including a 3.8% Medicare surtax on high earners, the top capital gains rate would be 28.8%.

The package of proposals, estimated to raise more than $2-trillion, are slimmed down to appeal to business-minded Democrats, many of whom hail from swing districts. And Democratic leaders, who need the party’s full support to push Biden’s agenda through Congress, will almost certainly pare them down further in the weeks ahead.

The corporate tax hike drew immediate fire from conservatives, a preview of the fight ahead as the House Ways and Means Committee prepares to meet on Tuesday to debate the tax portion of the economic package.

Conservative group Americans for Tax Reform said the corporate rate proposal would lead to an immediate increase in consumer utility bills and make the US less competitive on the world stage.

“Democrats want to take the current rate of 21% and raise it to 26.5%, higher than communist China’s 25% and higher than the developed world average of 23.5% This does not even include state corporate income taxes, which average another 4-5% nationwide,” the group said.

A document circulating among members of both parties and obtained by Bloomberg cites preliminary estimates that the new proposals would raise $2.9-trillion in revenue when combined with $700bn in revenue and cost savings from Medicare drug price changes. To fully pay for the president’s plan, the proposal factors in $600bn from the estimated economic growth effects of the spending increase.

The proposal would also raise an estimated $16bn by limiting deductions for executive compensation and $96bn by higher taxes on tobacco and nicotine products, including e-cigarettes.

Democrats are proposing to include cryptocurrency in general tax rules, to treat it the same as other financial instruments and to prevent taxpayer abuse of the rules. Doing so would generate an estimated $16bn in revenue.

And the proposal would cut in half the $23.4m estate and gift tax exemption for married filers on December 31, 2021, four years earlier than set in the tax cuts passed under former President Donald Trump.

The Ways and Means proposal “meets two core goals the President laid out at the beginning of this process - it does not raise taxes on Americans earning under $400,000 and it repeals the core elements of the Trump tax giveaways for the wealthy and corporations that have done nothing to strengthen our country’s economic health,” White House spokesperson Andrew Bates said in a statement.

Notably absent from the document is any discussion of lifting the $10,000 cap on the state and local tax deduction, raising questions about the fate of that costly proposal.

The document also doesn’t include Biden’s proposal to impose capital gains taxes on appreciated assets held by wealthy individuals until death, ending a benefit known as “step-up in basis.” Republicans, and even some Democrats, have expressed concern about the proposal’s ability to hurt family farms and businesses, despite Biden’s promises to include protections for them.

While the numbers are still subject to change before the proposal is officially released, such scaled-back plans would amount to an acknowledgment that even higher rates would have a tough time getting through Congress after some moderate Democrats expressed objections.

With thin majorities in both chambers, Democrats can afford just three defections in the House and none in the Senate as they use a process called budget reconciliation that allows them to bypass Republicans.

A spokesperson for Ways and Means Committee Chairperson Richard Neal didn’t respond to a request for comment on Sunday. The panel is set to debate the tax portions of the bill on Tuesday and Wednesday.

Earlier on Sunday, West Virginia Senator Joe Manchin, a moderate Democrat whose vote is crucial in the evenly split upper chamber, renewed his objections to the $3.5-trillion tax-and-spending reconciliation plan. He said he can’t support the price tag, doesn’t see the urgency and is concerned about inflation and the impact of higher corporate taxes on US competitiveness.

Manchin, speaking on CNN’s “State of the Union,” floated a roughly $1.5-trillion headline number for the package.

The Ways and Means panel and others in the House have already passed or have introduced major spending portions of the Democrats’ plan to remake the US safety net, including a multiyear extension of an expanded child tax credit, paid family medical leave, universal pre-K and two free years of community college.

Ways and Means Democrats are expected to propose raising the top individual income tax rate to 39.6%, as sought by Biden, the people said. The Democrats would also propose a 3% surtax on individuals with adjusted gross income of more than $5m, a proposal not included in Biden’s plans released earlier this year.

In addition, Democrats propose to raise $252bn by expanding the net investment income tax to cover income derived in the ordinary course of business for wealthy taxpayers.

Other proposals may fall short of what Biden wants.

One change being contemplated is increasing the holding period for carried interest from three to five years, the people said, which would weaken a tax break rather than eliminating it entirely.

The carried-interest tax break lets some private equity and hedge fund managers pay lower taxes on their pay. The 2017 Republican tax law required investment funds to hold their assets for more than three years instead of one year.

Senate Democrats have already been planning for the possibility of scaling back some of Biden’s proposals by focusing revenue-raising efforts more towards businesses than individuals.