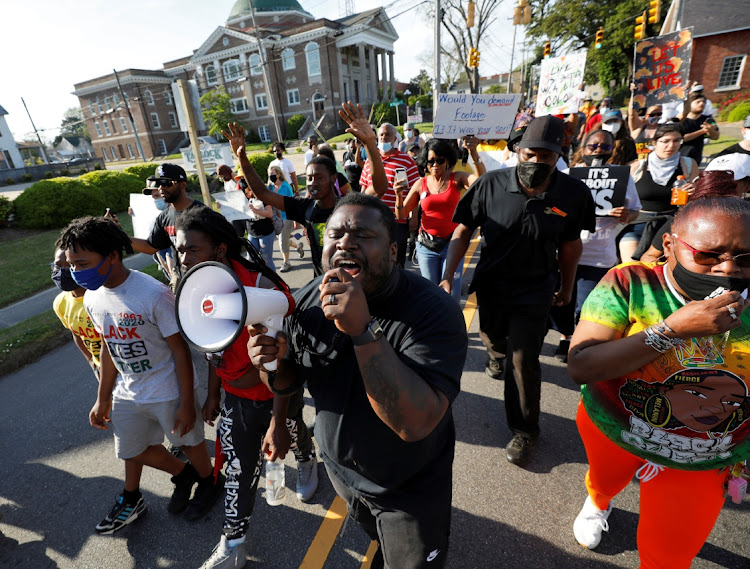 Washington — With Derek Chauvin’s guilty verdict in the books, the focus of US racial politics is shifting back to the GOP’s efforts to limit voting access in states across the country.

According to the Brennan Centre for Justice, legislators in 47 states have introduced 361 such bills, some of which have already been enacted. That means more pressure on corporations along the lines of what befell Delta, Coca-Cola, Microsoft, and other companies when Georgia instituted new strictures in late March making it more difficult to vote, especially for black people.

The intense focus on racial justice, spurred by events from George Floyd’s killing to Republican voter restrictions, has created a growing expectation that corporations respond or face censure from their employees, customers, and local communities.

On April 20 a coalition of Georgia faith leaders representing more than 1,000 churches launched a boycott of Atlanta-based Home Depot, which they say didn’t sufficiently oppose the state’s new law. “This is not just a Georgia issue; we’re talking about democracy in America that is under threat,” Timothy McDonald III, pastor of the First Iconium Baptist Church in Atlanta, told the New York Times.

So far, the corporate responses have been largely ad hoc. Delta Air Lines CEO Ed Bastian, initially criticised for not speaking out forcefully against restrictions, later blasted the new law as “unacceptable” and “based on a lie”. Home Depot angered black faith leaders and other activists by declining to directly address the Georgia law, issuing a statement that simply said “elections should be accessible, fair and secure”.

With voter restrictions spreading to Florida, Arizona, and other states, the pressure on corporations to respond shows no signs of letting up. Veterans of past social justice fights say the current one reminds them of another political battle that gripped corporate America five years ago and could play out the same way: the push for LGBTQ equality.

In 2016, North Carolina’s notorious “bathroom bill” targeting transgender people, known as HB2, led many businesses to boycott the state, including the National Basketball Association, which moved its All-Star Game from Charlotte — a move that presaged Major League Baseball’s decision earlier in April to move its All-Star Game from Atlanta. In Washington, the fight over antigay discrimination roiled House Republicans, many of whom wanted no association with bigotry.

Corporate America — and Wall Street firms, in particular — was instrumental in putting pressure on legislators to reform discriminatory laws such as HB2, and also withheld contributions from legislators such as former New Jersey Representative Scott Garrett, who espoused antigay views.

Prominent financiers, from Goldman Sachs CEO Lloyd Blankfein to hedge fund magnates Daniel Loeb of Third Point and Paul Singer of Elliott Management, became outspoken public advocates of LGTBQ equality. “I bring it up in almost every conversation we have with Republicans,” Loeb told me in 2016. “This will be good for the country and good for the Republican party.”

Political strategists say the pressure on corporations to stand up for black voting rights is driven by many of the same forces that prompted them to get publicly involved in the earlier fight.

An important factor five years ago was that many corporate leaders did not view the push for LGBTQ equality as a typical “political” issue such as taxes or regulation, but rather considered it a matter of basic human rights. Beyond just the need to attract talent and appease customers, it registered as a moral issue, and that made it easier to act on.

One Democratic strategist close to the Biden administration, who is involved in behind-the-scenes talks with corporations and asked for anonymity to describe private negotiations, says he has been struck by how many business leaders feel the same way about voting rights, especially after the January 6 storming of the US Capitol.

As new bills to limit voting work their way through legislatures in places such as Arizona and Texas, large corporations based in those states, including Dell, American Airlines, and AT&T, have been more forceful in their opposition, even as Republicans stepped up threats and attacks against them. The attacks echo those launched at corporations five years ago, when Republican North Carolina governor Pat McCrory slammed the boycotts that followed its bathroom bill as “total PC BS” and “an insult to our state”.

In the years since, opponents of HB2 and their business allies have ultimately prevailed. More broadly, the issue of what businesses could and should be doing to oppose discriminatory anti-LGBTQ laws became formalised and codified in benchmarks such as the human rights campaign’s corporate equality index, which tracks policies and practices and has helped to establish a set of basic guidelines for corporations to follow.

Partly as a result, antigay legislation and openly antigay views among Republican legislators have dwindled (Garrett lost his re-election race to a Democrat). Politicians know that bills along the lines of HB2 can be expected to draw near-unified opposition from the business community.

The new attacks on voting rights and businesses that do not speak out against them could follow a similar trajectory. Veterans of the LGBTQ push say the obvious next step should be to track corporate actions and establish a set of norms to guide future behaviour — not just public statements of opposition, but affirmative actions such as supporting right-to-vote laws or organising local voter registration drives.

Social justice battles are won, they say, only when statements turn into collective actions.

With lives slowed down due to the pandemic, people had time to reflect on the video of George Floyd’s killing, which may be the last straw
World
2 weeks ago

The ascendancy of progressivism in the US is inevitable; and so is the move back to conservatism in the future
Opinion
1 week ago
Next Article