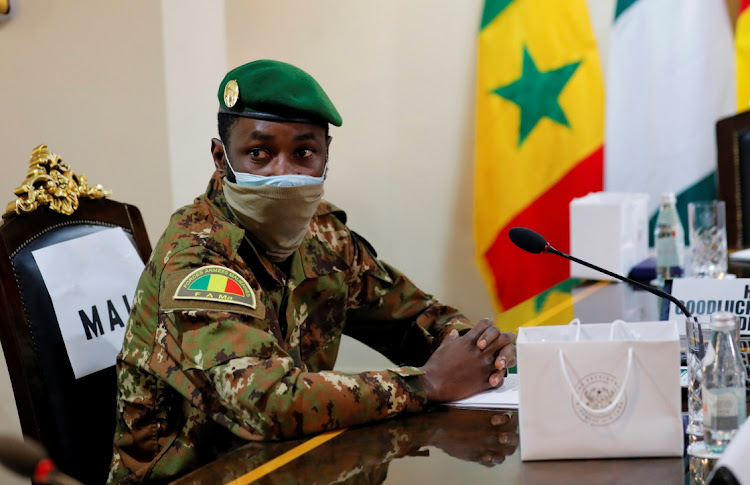 Bamako  — Mali's transitional government has given the special representative from West Africa’s main regional bloc 72 hours to leave the conflict-ridden and coup-prone country over “actions incompatible with his status”, according to the foreign ministry  on Monday.

The Economic Community of West African States (Ecowas) has been pressing Mali to respect its commitment to hold presidential and legislative elections next February following 2020’s military coup.

Mali’s interim authorities have pushed back, saying this week that they would confirm a date for elections after national consultations in December.

It was not immediately clear why the Ecowas representative, Hamidou Boly, was expelled.

Ghanaian President Nana Akufo-Addo, who chairs the bloc, visited Mali's capital Bamako earlier this month to push for elections to be held on time.

A spokesperson for Mali’s M5-RFP political coalition, which led antigovernment protests that culminated in last year’s coup, accused Boly of supporting the former regime, and called on the government to withdraw the country from Ecowas.

Reuters was not immediately able to reach Boly to respond to the allegations.

“He is an enemy of Mali, he is against Mali, he is here to divide us and not to unite us,” said M5-RFP spokesperson Jeamille Bittar.

Mali’s transition back to democracy following the overthrow of president Ibrahim Boubacar Keita in August 2020 is being closely watched in a region that has seen several recent military coups and where jihadist militancy is on the rise.

The process was dealt a setback in May when the colonel who led the initial coup, Assimi Goita, ordered the arrest of the interim president and then took over the role himself.

“Mali reiterates the willingness of the government to maintain dialogue with Ecowas and to work together for the success of the transition,” the foreign ministry's statement said.

At the weekend, Bloomberg reported that a UN Security Council delegation urged Mali to restore civilian rule quickly after the ruling junta said it needed more time to prepare the transition.

“We want a swift transition in line with the timetable established by the Economic Community of West African States that ends with Malians electing new leaders,” Abdou Abarry, Niger’s ambassador to the UN, told reporters following a two-day visit to the country.

The Security Council delegation, led by Kenya, Niger and France and joined by US ambassador to the UN Linda Thomas-Greenfield, met with the transition leaders and armed groups, signatories of the 2015 peace agreement.

International miners including Barrick Gold, Firefinch and B2 Gold  operate in Mali.

As geopolitics ramps up and the West has its own ideas of what is right for the continent, the Elected 10 members fail to act collectively
Opinion
8 months ago