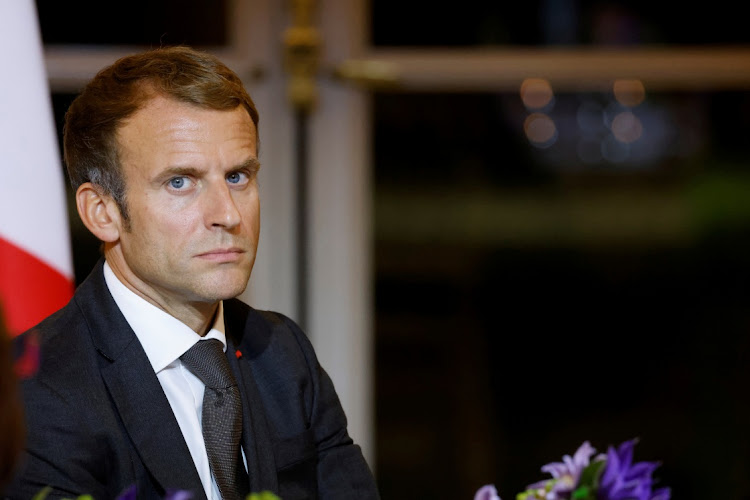 Algeria closed its airspace to French military aircraft on Sunday, escalating a row between the north African nation and its former colonial ruler over comments attributed to President Emmanuel Macron.

Two planned logistical support flights heading to Africa’s Sahel region were denied permission to cross Algeria and have been postponed, according to French army spokesperson Col Pascal Ianni. The impact was marginal and French reconnaissance for the Sahel mission doesn’t use Algerian airspace, he said.

The step came after Algeria on Saturday railed against “unacceptable interference in its internal affairs” and withdrew its ambassador to Paris in response to remarks in the French media attributed to Macron. Algeria’s state-run APS news agency cited a presidential statement accusing France of promoting “an apologetic version of colonialism”.

The Algerian dispute is happening at an awkward time for France, which is reducing its troop presence in the vast Sahel region that sits on the southern fringes of the Sahara and looking to the area’s governments to take a greater role in the struggle against Islamist militants. Macron has pledged to halve the number of French troops to 3,000 or less, and close three military bases in Mali.

Algeria has also criticised France’s recent decision to restrict the number of visas granted to nationals of Algeria, as well as Morocco and Tunisia. Paris said the step was taken after the countries refused to facilitate the return of their nationals who had an irregular immigration status in France.

The French daily Le Monde reported that Macron last week told a meeting of descendants of families involved on both sides of Algeria’s 1954-1962 war of independence that the official history of the country had been rewritten and was based not on truth but “a discourse that leans on a hatred of France” originating from Algeria’s “political-military” system.

A Macron aide later confirmed the remarks were accurately reported. France’s foreign affairs ministry didn’t respond to a request for comment on the recall of Algeria’s ambassador.

Algeria is also mired in a spat with Morocco, closing its airspace to all the country’s aircraft last month as a fresh dispute plunged decades of testy relations between the neighbours to their lowest point since the 1970s. At issue are Algeria’s allegations of Moroccan support for separatists and a dispute over the Western Sahara region that Morocco claims.

The army spokesperson Ianni said by phone that French forces would be able to adapt to the new situation, describing the dispute as mainly a political and diplomatic issue.

After Joe Biden announced return of the US, Xi Jinping proposes that it, Germany and France co-operate to help continent
Opinion
3 months ago
Next Article