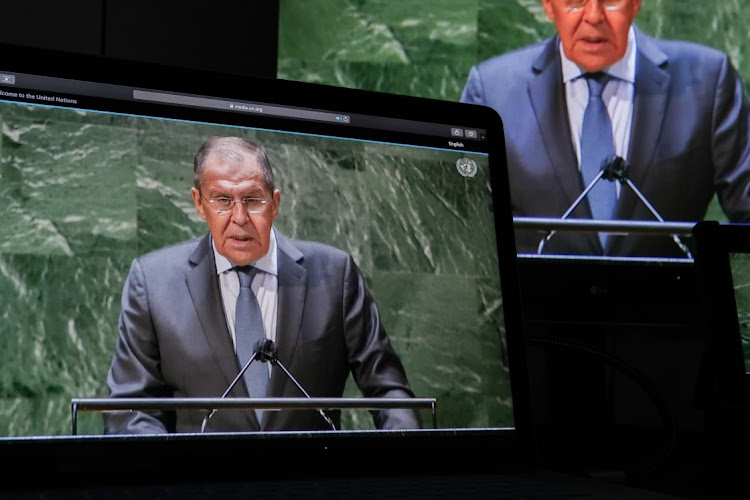 Mali's year-old military junta is recruiting the Russian private military contractors the Wagner Group, sources have said, triggering opposition from France, which has said it was “incompatible” with a continued French presence in the West African state.

“They are combating terrorism, incidentally, and they have turned to a private military company from Russia in connection with the fact that, as I understand, France wants to significantly draw down its military component which was present there,” Lavrov said of Mali's junta during a news conference.

The French defence ministry declined to comment. Paris has started reshaping its 5,000-strong Barkhane mission to include more European partners and earlier in September began redeploying from bases in northern Mali.

Mali's military junta has said it will oversee a transition to democracy leading to elections in February 2022.

Mali's Prime Minister Choguel Maiga told the UN General Assembly on Saturday that his country felt abandoned by the French move and signalled they were seeking other military help “to fill the gap which will certainly result from the withdrawal of Barkhane in the north of the country”.

“The new situation resulting from the end of Operation Barkhane puts Mali before a fait accompli — abandoning us, mid flight to a certain extent — and it leads us to explore pathways and means to better ensure our security autonomously, or with other partners,” he said.

EU foreign policy chief Josep Borrell said on Friday that he told Lavrov and his counterpart from Mali last week in New York that the potential deployment of the Wagner Group would be a “red line” for the EU, “and it would have immediate consequences on our co-operation”.

EU foreign ministers discussed the issue on Monday during a closed-door meeting on the sidelines of the annual gathering of world leaders for the UN General Assembly in New York.

Lavrov said the Russian government had nothing to do with any deal between the private military company and Mali.