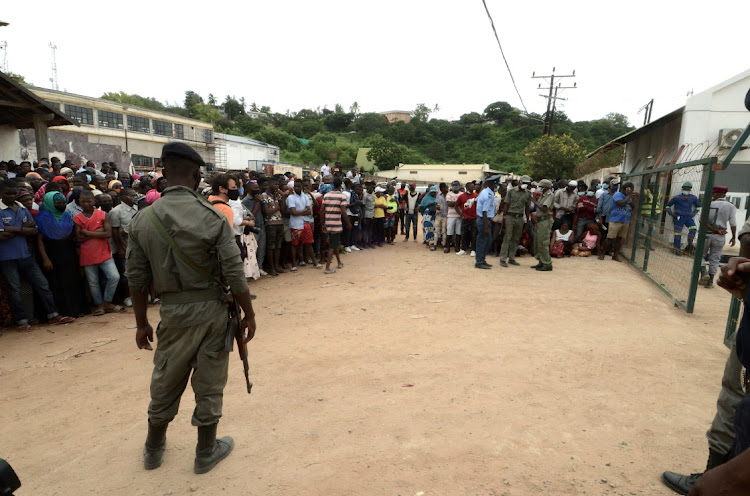 Pemba — Peter N’Guila used to have no trouble supporting his family of three on his consultant’s salary. But since Islamic State-linked insurgents attacked a northern Mozambique gas hub town last month, he has seven more mouths to feed.

Hundreds fleeing continued hostilities in Palma have been pouring into Pemba, a port city about 250km to the south already bursting with those displaced by previous rounds of Islamist violence and a deadly cyclone in 2019.

About 90% of those arriving in Pemba are taken in by relatives, while others cram into schools, hotels, makeshift tented camps and a sports stadium, said Francesca Fontanini, spokesperson for the UN refugee agency UNHCR.

N’Guila’s sister, nephew, their spouses and children found a place in his two-bedroom home, but he is not sure how long he can support them.

“I used to buy one sack of rice, but now I must buy two sacks,” he said. “One kilogram of fish now isn’t enough; I have to buy 2kg.”

His relatives arrived with only the clothes on their backs, he told Reuters, so they also need clothing and blankets. 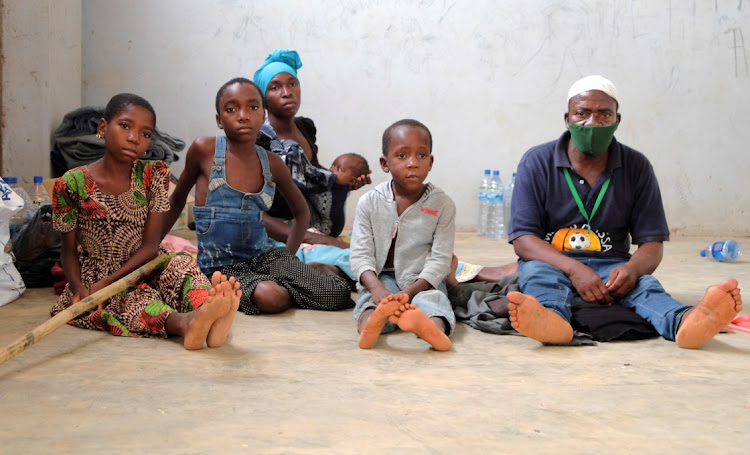 Palma was once considered a refuge for those fleeing Islamist violence elsewhere in Cabo Delgado province because of its proximity to gas projects worth $60bn. Insurgents have stepped up attacks in the province over the past year, taking over entire towns for days, and possibly weeks, at a time.

The violence has displaced nearly 690,000 people since 2017, when the insurgency began, said UNHCR’s Fontanini.

Pemba, a city of just more than 200,000 in 2017, had already seen its population swell by almost three-quarters by February, according to the UN humanitarian agency OCHA, including 7,400 people who arrived in one week in October. The city is still hosting hundreds displaced by Cyclone Kenneth in 2019, the International Organisation of Migration (IOM) said. Kenneth destroyed more than 34,000 homes and more than 31,000ha of crops, according to OCHA.

In 2020 local authorities opened resettlement camps outside Pemba for the city's new residents, but only a few thousand have chosen to move, the IOM said. Aid workers who visited the sites say conditions are poor. After a visit to one site in March, UNHCR officials described it as lacking food, water, electricity and health care. It was also hard to reach and close to a swamp, leaving residents afraid of snakes, they said.

Nearly 2,000 people had arrived in Pemba from Palma by  Saturday, according to the IOM, and more were believed on the way. The attack on Palma, which began on March 24, has displaced tens of thousands more who scattered into surrounding bush or to the beach, to try to catch boats, aid workers say.

About 1,200 survivors reached Pemba on Thursday on a ferry organised by French energy giant Total, some of them crying after spending days hiding in the bush.

The rising population is putting pressure on food and water supplies as well as health care and other services, aid workers said. “The city of Pemba and the infrastructure will not support the number of residents” said Manuel Nota, who heads the Pemba branch of the Catholic charity Caritas.

N’Guila, 61, said it is now difficult to get food in the busy markets, and that the government and aid agencies need to help those who were helping others get their lives back. “Even when you pass through the markets ... you can see that it is overcrowded,” he said. “Pemba is full.”

Last week’s attacks by IS militants in Palma, in Cabo Delgado province, are the most serious of the four-year-long insurgency
World
2 weeks ago

Islamist extremists attacked the town of Palma in Mozambique’s Cabo Delgado province last week — the latest event in what’s proving to be a ...
Features
2 weeks ago