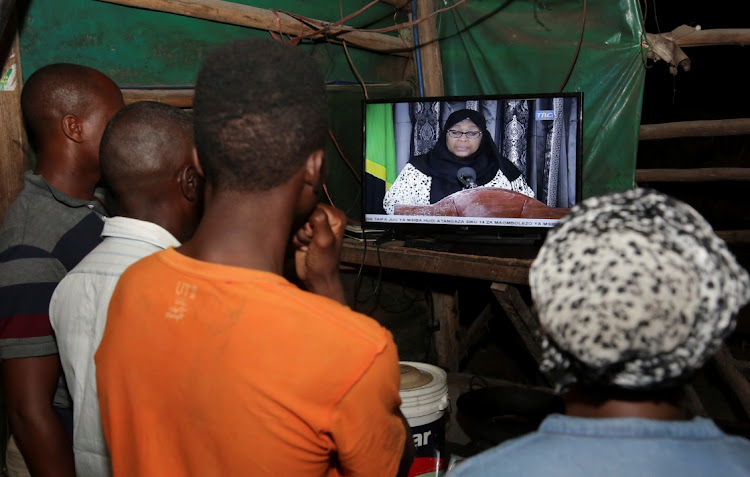 Dar es Salaam — Tanzania's leadership faced calls for a smooth succession on Thursday after President John Magufuli died after an 18-day absence from public life that drew speculation about his health.

An opposition leader urged the immediate swearing in of Vice-President Samia Suluhu Hassan as successor, saying that would avoid a constitutional vacuum and prevent uncertainty.

But by 2pm, more than 15 hours after Hassan announced Magufuli's death in an address to the nation, there was no official word on plans for her swearing in.

The vice-president will address the nation on Friday morning on burial arrangements for Magufuli, government spokesperson Hassan Abbasi said on state television on Thursday evening.

The ruling CCM party called for calm and said there would be a special meeting of its central committee on Saturday.

Magufuli's death, the first of a Tanzanian leader while in office, opens the prospect that the country will gain its first female president.

The constitution says Hassan should assume the presidency for the remainder of the five-year term that Magufuli began serving last year after winning a second term.

It also states that after consultation with their party, the new president will propose a deputy, the choice to be confirmed by the votes of no less than 50% of the National Assembly.

Speaking on state television late on Wednesday, Hassan said Magufuli, 61, had died from the heart disease that had plagued him for a decade. She said burial arrangements were under way but did not indicate when she would be sworn in.

Abbasi, the government spokesperson did not respond to calls and texts seeking comment on succession plans.

Magufuli had not been seen in public since February 27, sparking rumours he had Covid-19. On March 12, officials denied he had fallen ill and on Monday Hassan had urged Tanzanians not to listen to rumours from outside the country.

As late as Wednesday, she sent ­“greetings” from Magufuli in a remarks to an audience in the coastal region of Tanga.

“The VP has to be sworn in immediately,” opposition leader Zitto Kabwe said by phone from Dar es Salaam. “The constitution doesn't allow a vacuum ... I will be concerned if the day passes without her being sworn in.”

A source who advises businesses operating in Tanzania said: “The next 48 hours are crucial. There is likely to be uncertainty. Some people will want to purge some Magufuli hardliners, but given how he restructured the intelligence services, that is easier said than done.”

Nicknamed “The Bulldozer” because of his reputation for pushing through policies despite opposition, Magufuli drew international criticism for his unorthodox and increasingly authoritarian tactics.

Canada's Barrick Gold, embroiled for several years of Magufuli's presidency in a tax dispute with the government that was settled in 2020, said Magufuli saw the value of a thriving mining sector.

The company said the deal it made with his government in which it took stakes in three gold mines, as part of talks related to the tax dispute, should serve as a model for future partnerships between governments and mining companies in Africa.

Thabit Jacob, a Tanzanian scholar at the Roskilde University in Denmark, said there appeared to be a consensus between top political and security figures about the need for a smooth transition that followed the constitution.

Though Hassan publicly championed Magufuli's leadership style and frequently represented him abroad, she has been less confrontational than the late president.

Some people stood on street corners reading newspapers including a headline “Grief” and wept. As has been the case throughout the pandemic in Tanzania, many people were not wearing face masks.

Reports have suggested the Tanzanian president, Africa's most prominent coronavirus sceptic, is in a critical condition with Covid-19
World
7 months ago

However, there's been on confirmation from Tanzanian, Kenyan or Indian governments and the WHO has warned against speculation
World
7 months ago
Next Article