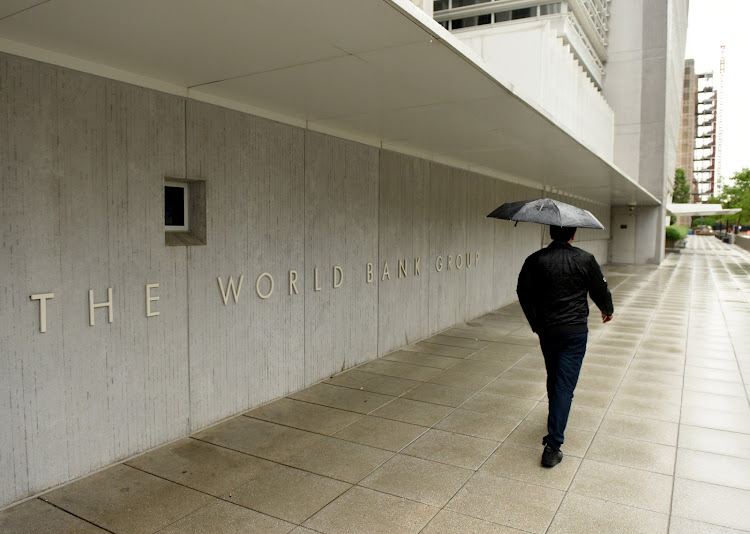 A pedestrian with an umbrella walks past the World Bank's main building in Washington DC, the US. Picture: 123RF/BUMBLEDEE

Bonn — The World Bank says it will make $30bn available to help stem a food security crisis threatened by Russia’s war in Ukraine, which has cut off most grain exports from the two countries.

The total will include $12bn in new projects and more than $18bn funds from existing food and nutrition-related projects that have been approved but have not yet been disbursed, the bank said.

“Food price increases are having devastating effects on the poorest and most vulnerable,” said World Bank president David Malpass said. “To inform and stabilise markets, it is critical that countries make clear statements now of future output increases in response to Russia’s invasion of Ukraine.”

The bank said the new projects are expected to support agriculture and social protection to cushion the effects of higher food prices on the poor, as well as water and irrigation projects. The majority of resources are going to Africa and the Middle East, Eastern Europe and Central Asia, and South Asia.

These areas are among the hardest hit by the impact of the war in Ukraine on grain supplies. Countries such as Egypt are dependent on Ukrainian and Russian wheat and are scrambling for supplies as Russia has blockaded Ukraine’s agricultural exports from Black Sea ports and imposed domestic export restrictions.

The World Bank’s plans were the largest component of a US treasury department report summarising food security action plans from international financial institutions released on Wednesday.

The IMF will provide financing support through its normal channels, which are limited by countries’ shareholdings and whether their debt is deemed sustainable.