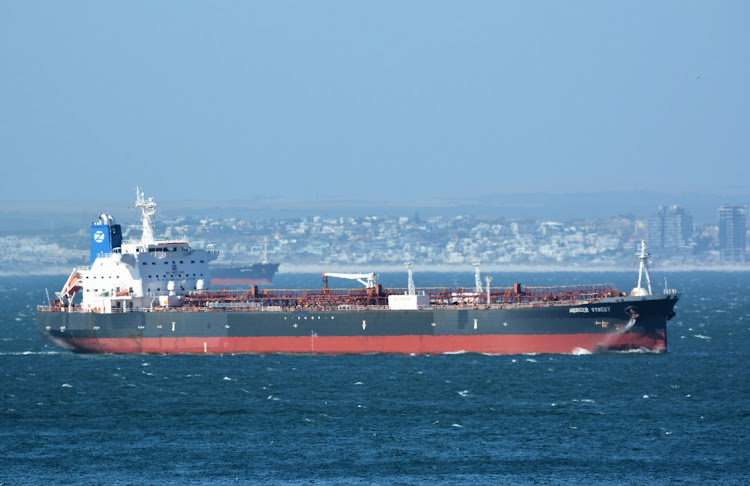 The US formally blamed Iran for a deadly attack on an Israel-linked oil tanker off Oman on Thursday, warning of an “appropriate response”.

“There is no justification for this attack, which follows a pattern of attacks and other belligerent behaviour,” secretary of state Antony Blinken said in a statement Sunday. “We are working with our partners to consider our next steps and consulting with governments inside the region and beyond on an appropriate response, which will be forthcoming.”

“We expect the international community to clarify to the Iranian regime that it made a terrible mistake,” Bennett said. “We have our ways of getting the message to Iran.”

Two crew members — a Romanian and a Briton — died on board the Mercer Street, the first fatalities in years in the volatile Gulf of Oman shipping corridor. Earlier on Sunday, Iran denied responsibility.

“Israel should stop leveling such accusations against Iran,” a spokesperson for the Iranian foreign ministry, Saeed Khatibzadeh, said in a media briefing in Tehran on Sunday. “It’s not the first time that Israel is making such accusations.”

Blinken said he was “confident” Iran used “one-way explosive” drones in the attack on the the oil-products tanker. UK foreign secretary Dominic Raab said “one or more” of the unmanned drones may have been involved.

Iran and Israel have traded multiple accusations of shipping attacks in recent months. They’ve happened amid efforts by world powers to restore a 2015 pact that limited Tehran’s nuclear activities in return for an easing of US sanctions. Israel is against a lifting of sanctions or a revival of the deal.

A sixth round of talks in Vienna broke down in July without a deal. The US, EU and Russia have been frustrated by Tehran’s stalling over a seventh round of negotiations, for which no date has been set.

The 183m Mercer Street was sailing, empty of cargo, from Tanzania’s Dar es Salam to Fujairah in the United Arab Emirates, said London-based Zodiac Maritime manager of the vessel.

Zodiac is controlled by real estate and shipping magnate Eyal Ofer and operates the Japanese-owned carrier. Ofer is among Israel’s richest people, with a net worth of $11.3bn, according to the Bloomberg Billionaires Index.

Targeting US defence companies, the hackers are considered one of the most resourceful Iran-linked groups
World
1 month ago

In the wake of Covid, the international business environment is likely to be increasingly complex. Companies would do well to take heed ...
Opinion
1 month ago