In the wake of Covid, the international business environment is likely to be increasingly complex. Companies would do well to take heed ... 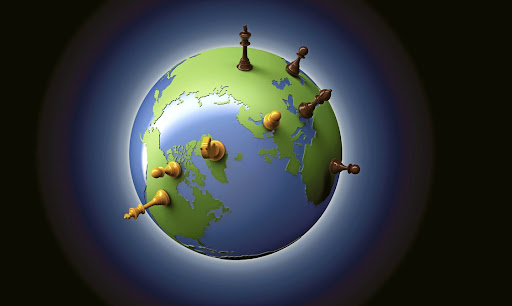 I recall reading a thoughtful article in the Harvard Business Review in 2016 titled "Why Your Company Needs a Foreign Policy". In it, John Chipman, from the International Institute for Strategic Studies, states: "The most successful multinational companies (MNCs) will be those that make expertise in international affairs central to their operations, adopting what can best be described as a corporate foreign policy."

Chipman based this on the rising prevalence of geopolitics in the global economy and how MNCs need to react to volatile and risk-elevating trends. At the time of writing, these included the destabilising impact on business of Brexit, intrastate conflict in the Middle East, Western sanctions against countries such as Iran and Russia, and rising political tensions between the US and China.

I believe Chipman’s assertion is now more valid than ever, when one takes into consideration the seismic impact of Covid on the global economy. Statecraft has traditionally been the domain of sovereigns. But corporates are increasingly having to contend with the rise of new geopolitical and geoeconomic factors.

I believe there are five forces contributing to the rise of geopolitics as they relate to MNCs:

It’s become apparent that geopolitical tensions between the US and China are irreconcilable. There appears to be no difference in the Republican and Democratic administrations’ strategies to counteract China’s rising influence. Targeted Chinese companies continue to be in the strategic crosshairs of US foreign policy.

Since its launch in 2013, China’s Belt & Road Initiative (BRI) has been a lightning rod for Western countries to counter, particularly in the developing world, where BRI projects are most prevalent. The contestation around geopolitical interest in Africa has resulted in fallout for a number of companies in the infrastructure, telecommunications, technology and transport sectors.

Today, there is a heightened sense of geopolitical competition among the world’s largest industrial powers. This is manifesting in a zero-sum mentality, which is negatively affecting MNC strategies and supply chains.

Though Africa is on the bottom rung of the supply chain, its key strategic metals are becoming more highly contested. This will increase as the West more actively seeks to counter China’s pervasive presence.

Also, the rapid scaling of clean energy technologies and their essential metals inputs will be a contributory factor. And so geopolitical tensions will thus escalate.

Corporations will increasingly have to become more adroit at navigating the new disruptive dynamics of geopolitics. As we begin to exit the Covid tunnel, the environment of business may just become more complex, not less.

Creating a better Africa and world through trade

Investment is needed in infrastructure and skills that allow SA to tap growth opportunities, including tourism and financial services
Opinion
4 months ago

International politics looks very different in the post-pandemic world. No longer a simple contest of military and economic might, it’s becoming a ...
Features
4 months ago