Former Maldives president hurt in blast outside home in Malé 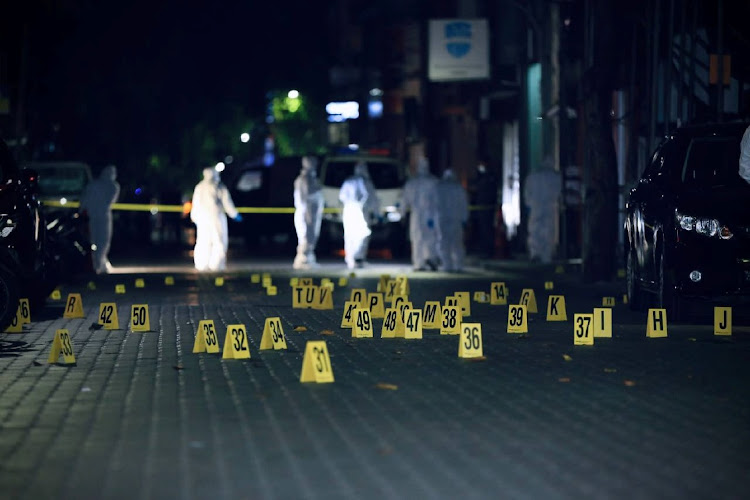 Maldivian police officers inspect the area after a blast outside the family home of the speaker of parliament, Mohamed Nasheed, in Male, Maldives, April 6 2021. Picture: MALDIVES POLICE SERVICE/REUTERS

Malé —  The speaker of parliament in Maldives, former President Mohamed Nasheed, was being treated for shrapnel wounds and in stable condition after a blast outside his family home on Thursday, a spokesperson for his governing Maldivian Democratic Party said.

Two close family members, who asked not to be identified, said Nasheed was talking and responsive before being treated at the hospital.

There was no immediate claim of responsibility for the attack. President Ibrahim Mohamed Solih, a close ally of Nasheed, said an investigation into the explosion was under way.

Images from state TV channel PSM showed security services securing the scene of the incident in the capital Malé. A foreign tourist was also injured, the channel reported.

“Cowardly attacks like these have no place in our society. My thoughts and prayers are with him and others injured in this attack, as well as their families.”

Nasheed, who became Maldives's first democratically elected president in 2008, has remained an influential figure since leaving office in 2012. He is president of the governing party and, after returning from a period in exile, has served as parliament speaker since 2019.

The archipelago has been known in the past for political unrest as well as Islamist militant violence.

In 2015, former president Abdulla Yameen escaped unharmed after an explosion on his speedboat, while a 2007 blast blamed on Islamist militants targeted foreign tourists and injured 12 people.

The coronavirus variant known as B.1.617 has been confirmed in in Kenya, Uganda and Morocco
World
6 months ago