Direct air capture of carbon dioxide and forcing it underground is just one technology in the fight against climate change, but is it viable? 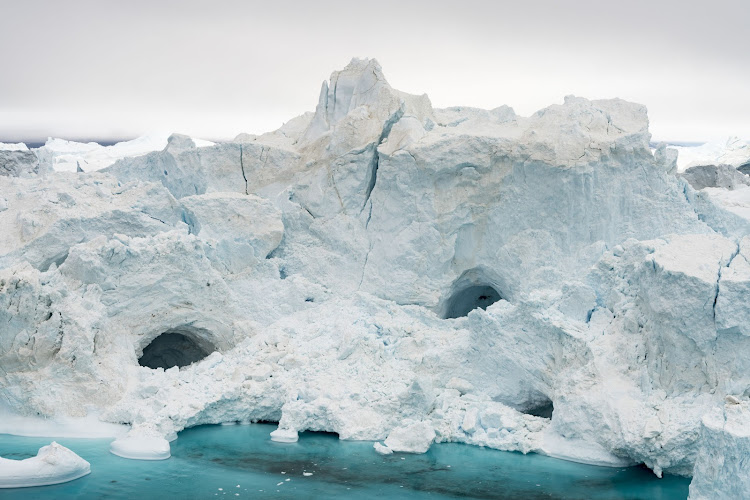 Scientists warn that 'zombie' fires in the Arctic region are releasing millions of tonnes of carbon dioxide. Picture: 123RF/MTELLIOGLU

London — On a barren hillside in southwest Iceland, workers are installing huge fans to suck carbon dioxide from the air and turn it to stone deep below ground, in a radical — but expensive — way to fight global warming.

Engineering fixes for climate change are gaining attention and investments in 2021 as companies such as Microsoft and leaders from China, the US and the EU work on long-term plans to achieve net-zero emissions goals.

Elon Musk, CEO of Tesla and a billionaire entrepreneur, said in January he would give a $100m prize for the best “technology for capturing carbon”.

Swiss firm Climeworks, which is building the Icelandic site with Carbfix, a unit of Reykjavik Energy, says every technological fix is needed to limit what US President Joe Biden calls a “climate crisis”.

However, critics say “direct air capture” (DAC) of emissions already in the atmosphere is too costly, particularly compared to simply reducing emissions, or protecting existing forests and planting new trees.

As they grow, trees soak up carbon dioxide from the air, lowering the amount of carbon in the atmosphere — and old trees are much more effective at it than new plantations, scientists say.

“We should plant as many forests as we can and protect as many as we can. But we are beyond the either/or” in choosing how to slow warming, said Jan Wurzbacher, director and co-founder of Climeworks.

The company is installing eight carbon collectors — each about the size of a shipping container — to expand a plant in Iceland that now catches and stores 50 tonnes of carbon dioxide a year, raising its capacity to 4,000 tonnes annually.

Fans suck in air and specialised filters extract the carbon dioxide. Carbfix combines the carbon with water, forming a mild acid that is then pumped 800m to 2,000m below ground into basaltic rock. Within two years, 95% of what was carbon dioxide is petrified — turned to rock, said Edda Sif Aradóttir, CEO of Carbfix.

But carbon dioxide only makes up about 0.04% of the air and the process of capturing and storing it is complex and energy intensive, viable in Iceland largely because of a huge, cheap supply of geothermal energy.

US payments company Stripe said in 2020 it would pay Climeworks $775 a tonne for extracting 322 tonnes of carbon dioxide from the air — one indication of the cost. Microsoft similarly said in late January it would invest in Climeworks to bury 1,400 tonnes of carbon — but Climeworks declined to give the price per tonne.

Turning carbon to stone is a solution that will lock up greenhouse gases for millions of years — far more permanent than planting trees that can suffer logging, land clearance or more frequent wildfires

“Climeworks’ DAC technology will serve as a key component of our carbon removal efforts,” Elizabeth Willmott, Microsoft's carbon removal manager, said in a statement. Microsoft said in 2020 that it will be “carbon negative” by 2030 — removing more emissions than it creates each year — and by 2050 would “remove from the environment all the carbon the company has emitted either directly or by electrical consumption since it was founded in 1975”.

Other firms working on sucking carbon from the air include Carbon Engineering, based in Canada, which says it and its partners are working to build DAC facilities to capture a million  tonnes of carbon dioxide a year. That is “equivalent to the work of 40-million trees”, according to the company, which makes fuels from carbon dioxide.

Climeworks says it is the first to extract carbon from nature permanently, by burying it underground. As well as its plant in Iceland, it operates a facility in Switzerland capable of capturing up to 1,000 tonnes of carbon dioxide from the air a year. The gas is then sold to local greenhouses to boost plant growth.

High costs are a headache for all DAC firms.

“Getting below $200 [per tonne of carbon dioxide' is an important step,” said Wurzbacher. That is about the amount California pays in state credits to support low-carbon transport fuels that can be made with air-captured carbon, he said.

A broader $200 per tonne incentive to make fuel for use in cars or trucks could help develop DAC for all uses — including for carbon burial.

Wurzbacher praised companies and countries that are setting goals of net-zero emissions, but said investments, so far, are lagging far behind Climeworks’ ambitions of capturing between 30-million and 50-million tonnes a year by 2030. The company raised about $110m last year in a financing round, he said — far less than needed to meet its goals.

“Having someone such as Elon Musk putting the focus on carbon capture and storage (CCS) is important ... it becomes more mainstream,” Aradóttir said.

She said turning carbon to stone is a solution that will lock up greenhouse gases for millions of years — far more permanent than planting trees that can suffer logging, land clearance or more frequent wildfires driven by worsening climate change-related drought and heat.

Aradóttir said she hopes the new plant will be up and running in April or May in Iceland’s wintry climate, despite disruptions caused by the coronavirus pandemic.

The International Energy Agency (IEA) said in a report in 20202 that 15 DAC plants were in operation worldwide, in Europe, the US and Canada, together capturing more than 9,000 tonnes of carbon dioxide a year.

But that is a tiny fraction of world emissions — the equivalent of the annual emissions of just 600 Americans, each producing about 15 tonnes of climate-changing pollution. “More efforts needed,” the IEA report said in a report headline.

A Greenpeace UK report in January was sceptical of DAC technologies saying they are at a “very early stage and extremely expensive ... Their future availability remains very speculative, although ‘silver-bullet’ hopes have led to high-profile media coverage.”

Carbon DAC used to be lumped together in UN scientific reports as a form of geo-engineering, or altering earth systems to deal with climate change threats. That put it alongside more speculative technologies, such as dimming sunlight with a veil of chemicals injected into the stratosphere.

Since 2018, however, DAC has been reclassified as a form of “mitigation”, or emissions cuts — and newer science reports suggest some level of increased carbon removal from the atmosphere is now unavoidable, whether by nature or technology.

Petrifying emissions below ground won’t work everywhere. About 5% of the continents have bedrock suitable for the process, though vast swathes of the ocean floor could work as well, Aradóttir said.

Carbfix has injected more than 65,000 tonnes of carbon dioxide into the ground since 2014, almost all produced by a geothermal power plant, rather than captured from the air. Aradóttir said there is no sign the underground space is getting filled up as ever more liquid was pumped down.

Wurzbacher says Carbfix’s future DAC plants will probably be named after animals. The new Icelandic plant is dubbed “Orca,” for the killer whale — though “Orka”, in Icelandic, also means “energy”.

“Mammoth” is one suggestion for another plant in Iceland — a much bigger one.

Carbon dioxide stored at the bottom of the sea? It just might work...

Carbon dioxide stored at the bottom of the sea? It just might work...