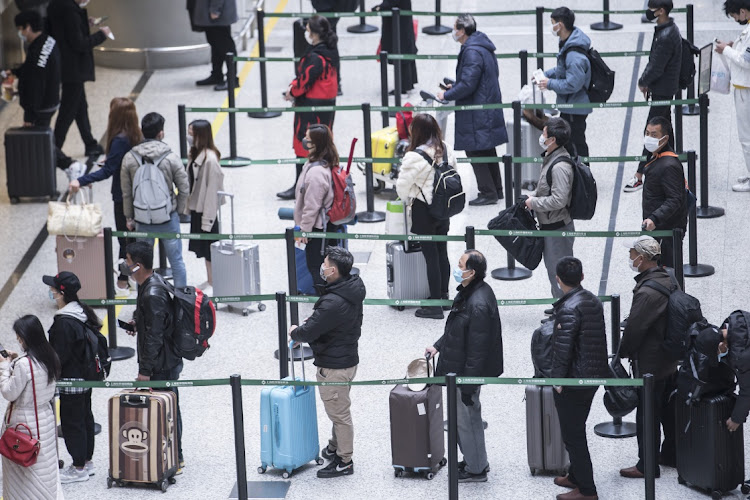 Hong Kong/London — Investors banking on a coronavirus vaccine to save the world economy in 2021 need to temper their ambitions as scientists warn of a long and difficult road ahead.

While drug companies are making progress in the quest to find a cure for a disease that triggered the worst recession since the Great Depression, questions remain how effective the first wave of vaccines would be, how easy they will be to distribute to more than 7-billion people and then how many will agree to take them.

The prospects for global economic growth rely on the answers to those questions as a new wave of the pandemic means health fears and government restrictions continue to inhibit daily life and commerce. Even when a successful immunisation system does come along, it won’t be an instant economic panacea, says Chris Chapman, a portfolio manager at Manulife Investment, which manages more than $660bn.

“In terms of actually getting back to pre-Covid or trend growth, it could take more than a year,” said Chapman. “The timing of the recovery will be delayed, but there is still expectation of a vaccine at some point next year.”

For decades the world economy has relied on central bankers and finance ministers to pull it out of crisis, on the basis that if you pump the right amount of money into an economy, a recovery will eventually follow.

This time is different, as investors look to scientists and data from vaccine and treatment trials for signs of hope just as much as they pore over stimulus plans coming out of Washington, Beijing or European capitals. The longer the hunt for an effective vaccine lasts, the weaker economic expansion will be.

To be sure, science could yet make breakthroughs in the near term. If even a small proportion of the population such as health-care workers and the most vulnerable are immunised, that could make a big difference to the resumption of everyday life. Savings built up by households and businesses in 2020 could be unleashed in 2021.

Pfizer said in October it could seek emergency-use authorisation in the US by late November for its vaccine with German partner BioNTech SE. Moderna, another frontrunner in the race, is also looking at the possibility of an emergency approval still in 2020 if it has positive interim results in November.

“There is a fair prospect that by the late spring, vaccines will be available in quantities sufficient to protect the most vulnerable groups,” said Neil Ferguson, an epidemiologist at Imperial College London, and former Covid-19 adviser to the UK government. “But at least until then, life will unfortunately remain a balancing act between reopening society and keeping the virus in check.”

Scientific hiccups may slow things down too. Johnson & Johnson paused clinical trials of its Covid-19 shot in October after a participant fell ill, weeks after AstraZeneca and the University of Oxford stopped studies for the same reason. On Friday, both companies announced plans to resume their US trials.

Effective treatments that would also aid economic recovery are a mixed picture. Disappointing trial results in October for the much-hailed drug remdesivir from Gilead Sciences showed the antiviral treatment does not save the lives of Covid-19 patients, despite US President Donald Trump extolling its benefits. Still, US regulators cleared the drug for use this week and Gilead has challenged the recent findings citing other positive results.

While there are hopeful signs from some antibody treatments being tested, the steroid dexamethasone is one of the other therapeutics showing a meaningful benefit, and is aimed at people with very severe symptoms.

Even if an effective vaccine is discovered, the logistics of distribution will sustain disruption to work, travel and leisure, with only a small subset of the population expected to receive a shot in the first instance anyway. That all spells trouble for global growth, even as data in the US and eurozone are likely to show this week that it rebounded smartly in the third quarter and did not collapse as much as once feared.

Long gone, though, is talk of a V-shaped recovery, as winter nears in the northern hemisphere — and with it the risk that the virus will spread more easily. Bloomberg Economics’s gauges of high-frequency data already point to a weakening of activity in many industrial nations in October, particularly those in Europe.

Underscoring the pressure for an end to the pandemic is the knowledge that economic scars are already forming. Among them: lost jobs, record debts, corporate bankruptcies, atrophying skills, missed investment, deglobalisation, frayed mental health and rising inequality.

A recent study declared the US economy alone will witness “large, persistent adverse effects” in the long term that outweigh the short-term hit in part because the virus has brought greater unease among the public.

“This did not start as a financial crisis but it is morphing into an economic crisis, with very serious financial consequences,” World Bank chief economist Carmen Reinhart told Bloomberg Television. “There’s a long road ahead.” Even in those parts of the world where the virus has been largely contained, consumers remain cautious. Chinese retail sales have just begun to accelerate even though the most severe limits on movement were lifted months ago.

There is also the question of reinfection. Scientists have found it’s possible to get Covid-19 more than once, with a handful of confirmed cases globally. That presents another obstacle, which a vaccine may partially solve.

There’s a high chance that the coronavirus, like influenza, could require regular shots to keep it at bay, meaning the virus could cast an even longer arc than already expected, cautioned Graham Medley, a professor of infectious disease modelling at the London School of Hygiene & Tropical Medicine, and member of the UK government’s Covid-19 advisory panel.

“If second and third infections are as infectious as the first infection, and the first generation of vaccines is not very efficacious, then it’s possible that Covid-19 will continue to be an aspect of life into 2022,” he said.

The US has the most cases in the world at 8.5-million and the most fatalities with 224,000 lives lost
World
11 months ago

Though battered and bruised, advertising is emerging from its Covid-19 cocoon

Though battered and bruised, advertising is emerging from its Covid-19 cocoon