Food ‘can’t just be healthier — it has to be accessible and affordable to people’, one expert says 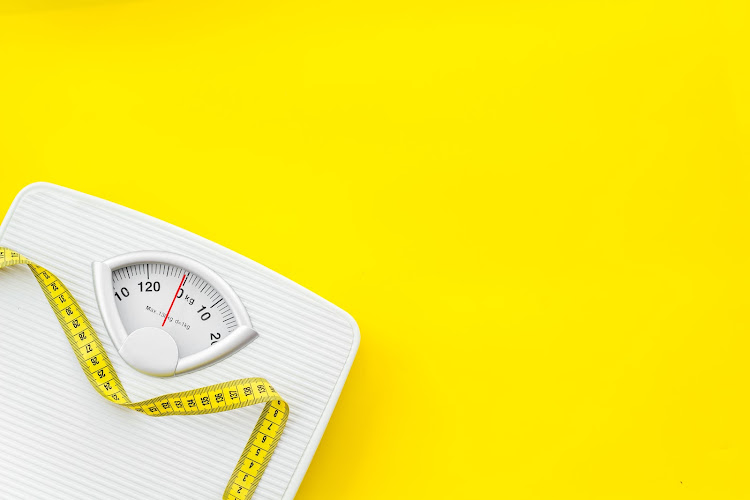 London — Ever since his brush with death from Covid-19 earlier in 2020, UK Prime Minister Boris Johnson has been on a mission to slim his and his countrymen’s waistlines. The link between obesity and more severe cases of the virus helped inspire Johnson to ditch his libertarian stance in favour of state intervention over the past several months. His government has proposed curbing junk-food advertising, banning certain promotions on sugary and fatty foods, and forcing cafes and restaurants to slap calorie labels on more products.

The crackdown has given investors in the $3-trillion global food and drink sector reason for pause. As the pandemic throws a spotlight on the importance of a healthy diet, governments beyond the UK may choose to impose more anti-obesity measures, further shifting the way makers of soft-drinks, ­breakfast cereals, chocolate bars, and ready-to-eat meals do business.

“We are seeing that Covid-19 could very well reinforce ­healthier choices and regulation,” says David Czupryna, the Paris-based head of environmental, social, and governance development at Candriam, which manages about $143bn in assets. “Putting on a market highly unhealthy products is a very poor way to look after your customers. The authorities could very well decide to go after the companies that are primarily responsible for unhealthy food behaviour.”

Companies that make food often derided as “junk” face a number of risks, ranging from sugar taxes and limits on marketing and sales to tobacco-like health warnings and product labelling. This is on top of litigation and reputational threats, as well as the potential for consumers to curb their appetite for unhealthy food. But these companies also have opportunities to adapt to new regulations and tastes. This is why fund managers — especially those with a bent for environmental, social and corporate governance (ESG) investing — are reviewing food companies in their portfolios, scrutinising product ingredients, screening medical literature and tracking changes to product recipes for signs of progress. They’re also pushing companies for greater information disclosure.

Czupryna says his firm views issues related to health and obesity as “a very severe risk” for companies involved in making junk food and sugary drinks, “seeing the size of their market decreasing due to regulation and changing consumer behaviour” in the near future. “That’s why we integrated it so much in our analysis, which can lead us to avoid investing in some companies and preferring those making healthier and nutritious food options,” he says.

While the reasons for obesity are complex and varied, fast meals, ultraprocessed food, and soft drinks are among the culprits. Industrially processed convenience food, usually loaded with salt, fat, sugar, and additives, makes up more than half of consumed calories in the US and UK. Foods such as cookies, potato chips, breakfast cereals, and even packaged sliced bread are ubiquitous and make up the core business of many consumer staple companies. For the poorest people, it’s typically what they can afford, and that’s only grown more acute during the pandemic.

As economies are sinking and unemployment reaches historic highs, millions more people are finding themselves trying to balance their budgets with the need for vital portions of fresh fruit, vegetables, and proteins. About three-billion people can’t afford healthy and nutritious diets, and if the global rise of unhealthy eating and obesity isn’t tackled, related health costs will exceed $1.3-trillion a year in the next decade, according to the UN.

Obesity has almost tripled worldwide in the past four decades and is on the rise all over the world. The UN’s Food and Agriculture Organization warned in July of a “global pandemic in its own right.” Research has shown that obese and overweight people are at higher risk of suffering complications from Covid-19 and death, while at the same time being vulnerable to ailments such as diabetes, heart disease, stroke, and cancer.

With these worrying visions in mind, some governments are taking measures beyond the sugary-drink taxes that have been introduced around the world in the past few years. Legislators in the Mexican states of Tabasco and Oaxaca approved bans on junk food for children in August, while several others in Mexico are considering restrictions on snack sales. There are even more measures being considered in the UK, the second-most-obese nation in Europe. The country is considering putting calorie counts on alcoholic beverages and imposing a blanket ban on junk-food advertising online, the government said in July.

In a response to regulatory action, food manufacturers have already started to reformulate products high in fat, salt, and sugar over the past several years. Beverage producers in particular have been cutting back on sugar as national and local governments introduced taxes on its content in products in about 40 countries.

But there’s room for improvement. A 2018 Access to Nutrition ­Initiative-commissioned study of the 21 largest food and drink companies in nine markets found that only 31% of products met the “healthy” threshold. Just 14% of the products analysed met the nutritional standards to be marketed to children. Ferrero Group, Mars, Meiji Holdings, Mondelēz International, and Suntory Holdings, the makers of confectioneries, drinks, and snacks, were ranked at the bottom.

One reason companies have been reluctant to cut back on unhealthy ingredients is the concern that tinkering too much with the recipe will ruin the taste of an iconic brand. Oreo cookies maker Mondelēz, which built its business on ­indulgent snacks, says it’s offering some reformulated options, but it’s also encouraging people to simply eat less. “Our research shows that ­portion-controlled packaging led to a decrease in the amount consumed and an increase in satisfaction,” the company said in an e-mail.

Another company at the bottom of the 2018 health study, Suntory, the maker of beverage brands including Lucozade Energy and Ribena, says it’s developing healthier drinks. In Europe it’s committing to reduce sugar content across its portfolio by 35% in 2025 from 10 years before, according to an e-mailed statement. Japan-based confectionery company Meiji said in an e-mail that 90% of its revenue comes from its home market, which doesn’t have the severe obesity problem that many Western countries do. Ferrero declined to comment, and Mars didn’t respond to an e-mail request for a statement before press time.

Reformulations cost money, however, and selling healthier food for cheap could whack profit margins. This is why many healthier options tend to cater to wealthier parts of society. The challenge is to make less-fattening foods mainstream and accessible to a broader population, says Nick Hampton, CEO at Tate & Lyle, an ingredients maker that says it’s helping companies cut out sugar, fat, and calories. “It can’t just be healthier. It has to be accessible and affordable to people,” he said at the virtual Future Food-Tech Summit in September.

At the bare minimum, investors concerned about obesity risks are calling for more transparency on nutrition from food manufacturers. ShareAction, a UK nonprofit that oversees a ­coalition of investors with more than $1-trillion in assets, has been advocating that retailers publish the share of product sales generated by healthy options and set ambitious targets. At least 46 institutional investors with a combined $6.89-trillion in assets have committed to follow the same set of expectations in their engagement with companies, including pushing food and drink suppliers to link top management pay to nutrition targets, making healthy products more affordable and accessible, and boosting disclosures for a healthy-products strategy.

The asset manager had publicly questioned the company’s commitment to sustainability and said it wasn’t doing enough to alleviate the effects of sugar on obesity. A spokesperson for Coca-Cola Amatil refuted that claim. The company takes its “responsibilities on wellbeing and obesity very seriously,” he said in an e-mail to Bloomberg News last year.

In the universe of ESG investing, carbon emissions and global warming are the issues that have captured the most attention. Yet the UN outlines several other ambitions to help achieve a fairer, healthier, and cleaner world through its 17 so-called Sustainable Development Goals, or SDGs, which many ESG ­investors use as a guide for decision-making. Tackling obesity has a role to play in the third SDG goal: good health and wellbeing.

While obesity and climate change are very different sustainability challenges, they do share a problem of semantics. There’s no universal definition for a “healthy” food. Individual government health authorities and agencies such as the World Health Organisation have their own formulas for what constitutes a healthy diet, and they vary depending on age, gender, lifestyle, and physical activity. Investors who want to challenge the healthfulness of a product portfolio may find themselves arguments similar to those climate change activists face when questioning whether a business is really “green.”

And comparisons to climate change don’t end there. Obesity, like climate change, has the ability to wreak havoc on economic growth. “Many investors don’t seem to have really picked up on the magnitude of the effect of poor diets and nutrition, not just in terms of risks and opportunities for the food and beverage sector,” says Rachel Crossley, a senior adviser to the Access to Nutrition Initiative.

“There are such wide cross-society impacts of high levels of obesity, overweight, and chronic disease in terms of levels of poor productivity and absenteeism across the whole economy, and the drag on GDP. It really does need to be looked at as a big cross-­sectoral and -national issue.”

Still, health has arguably never been as much on people’s minds as it is today. Beyond the threat of government regulation on the food-manufacturing sector, investors also anticipate a consumer rebellion and demand for healthier options. Companies focusing on more obvious healthy categories, such as yoghurt and still water, will be better positioned for a consumer-driven transition away from junk foods, says Peter van der Werf, a senior engagement specialist in Rotterdam for Robeco Institutional Asset Management, which manages about €155bn.

Stéphane Soussan, a portfolio manager at Amundi Group’s CPR Asset Management in Paris, says a backlash against the makers of sugary drinks and unhealthy food could resemble the fossil fuel divestment movement. “You can see, like we have seen it with coal companies or oil companies, lower demand from investors for soft-drink companies — that’s a real possibility and a risk for them,” he says. “And that’s the same for the food processors.”

Already, the coronavirus is making overall health a major issue for consumers. “There is a shift towards wanting to have access to healthy foods and realising how important they are particularly during the pandemic,” says Louisa Hodge, food and health engagement manager at ShareAction in London.

“If businesses are seen not to be helping consumers make healthy choices, that is quite risky,” she says. “It’s within their interest to look after the public, including their staff and their customers. They’ve got to feed those people well.”

Minorities must go to the front of the line for vaccine, Fauci Says

Beyond drugs shortages and bottleneck issues, several other factors inhibit access to healthcare, one of which is access to skilled personnel
Opinion
1 year ago

Danish drugmaker Novo Nordisk says the virus attacks cells that produce insulin, so drugs that target these risk factors for Covid-19 should be a ...
World
1 year ago
Next Article