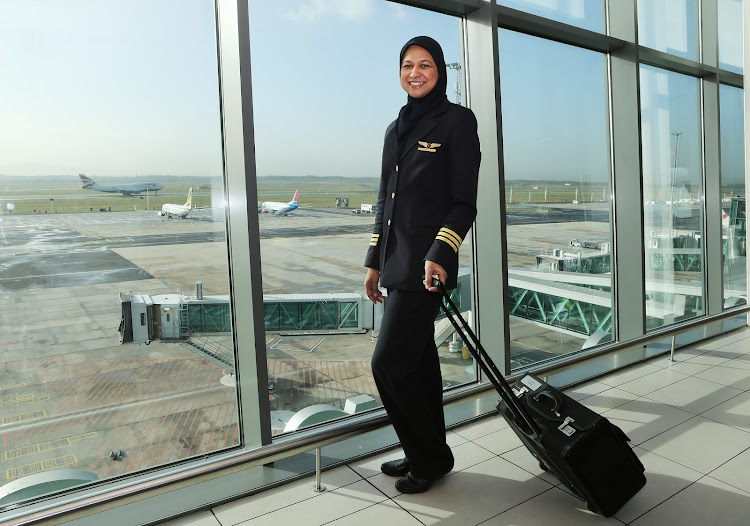 Chicago/Sydney/Montreal — When Megyn Thompson landed her dream job as a commercial pilot in 2019, she was one of thousands being recruited globally to boost the number of women in the cockpit and meet record pilot demand.

Now an industry-wide campaign to recruit more female aviators is under threat, dealing a blow to efforts to overhaul the male-dominated airline sector as the coronavirus crisis transforms a shortage into a pilot surplus.

In the US alone, the top two airlines are set to furlough more than 3,000 pilots when government stimulus expires this month, and a disproportionate number of those are women.

Under layoff agreements between airlines and unions, junior pilots lose their jobs before senior ones, regardless of gender, race or age.

Due to these “last in, first out” labour deals at many Western airlines the most recent hires are the first to go.

And those new hires include a higher percentage of women than in the past, the International Society of Women Airline Pilots (Iswap) said.

Thompson, who flies with a regional carrier owned by American Airlines, is among at least 600 female pilots in the US who will be furloughed on October 1 unless there is more government payroll aid or last-minute union deals.

Thompson, 32, said her low seniority ranking puts her “smack-dab in the middle” of a furlough at American’s PSA affiliate, which expects to cut about 35% of its pilots.

“If you go back 40 years ago it was a man’s world through and through, so there are not a lot of women at the top who are protected from this furlough,” said Thompson, who decided not to have biological children as she built flying hours for her licence.

Now the mother of three adopted children is applying for jobs at Amazon, Kellogg and PepsiCo.

Before the crisis, global air travel was growing at a record 5% a year, generating a need for 804,000 pilots over the next 20 years, based on Boeing estimates. The need for more pilots had pushed female recruitment to the top of the agenda.

But a shattered post-Covid industry does not expect traffic to regain 2019 levels and start growing again before 2024.

“This year we were meant to launch a big campaign that we have just put on hold because of what has happened,” said Australian pilot Davida Forshaw, who heads education and outreach at Iswap.

Despite the female recruitment campaign, just 5.3% of airline pilots globally were women before the coronavirus crisis, Iswap data shows. That percentage is set to drop again as airlines carry out furlough plans, the group predicts.

At American and Delta Air Lines, women make up about 5.2% of the combined pilot population of about 27,800 and 6.7% of the 3,645 pilots whom those airlines expect to furlough, according to numbers provided by their main pilot unions.

American Airlines declined to comment directly on the issue, but a spokesperson said the union data implies that the proportion of female pilots will slip post-furloughs to 4.9% from 5.1%.

Delta said it is in discussions with unions on pilot departures but did not give a breakdown by gender.

The shakeout is potentially damaging for an industry already struggling to improve its diversity credentials, with an even tinier fraction of top management jobs held by women.

Boosting female pilot employment has become a key goal after the industry was criticised last year by airline executives of paying lip service to diversity.

The drive has also been at the leading edge of social change in countries such as India, which has the world’s highest proportion of female commercial pilots at 12%, despite a society that typically frowns on women in such jobs.

Aside from female pilots being furloughed, many others have decided to take early retirement or lost jobs as airlines went bust.

Australia’s first female commercial pilot, Captain Deborah Lawrie, who broke through the glass ceiling at Ansett in 1980, was one of 220 pilots laid off in April when budget airline Tigerair Australia closed.

Only one-quarter of female pilots globally are captains, according to Iswap data.

Tammie Jo Shults, hailed as a hero after she calmly landed a stricken Southwest Airlines flight in 2018, is among the female captains taking early retirement.

The need to balance family and work in a profession with frequent absences from home has already made it a challenge to attract female pilots. Shults said the more uncertain career prospects because of Covid will make it more difficult.

Still, Shults, who served as one of the first female fighter pilots in the US Navy, urged women to consider alternatives such as becoming firefighting pilots before giving up on aviation.

“You can’t always follow your passion, but don’t leave it behind,” she said.

My Brilliant Career: Overcoming stereotypes — and keeping your distance

Older workers aren’t less productive, and any deficit in areas such as memory are offset by greater experience, writes Leonid Bershidsky
Opinion
1 year ago
Next Article