Mohamed Aboutrika, who appears regularly on BeIN, described homosexuality as an affront to Islam 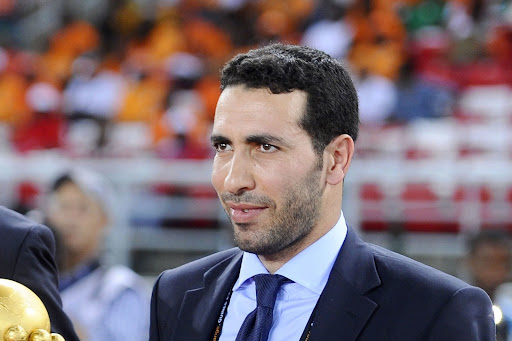 Qatar-based broadcasting company BeIN Media Group found itself embroiled in controversy after one of its best-known commentators criticised the English Premier League’s Rainbow Laces campaign in support of the LGBTI community, potentially lighting a tinderbox in the run-up to next year’s World Cup.

With human rights groups already critical of staging the World Cup in Qatar, Mohamed Aboutrika, a retired Egyptian soccer star who appears regularly on BeIN, described homosexuality as an affront to the religion of Islam.

His remarks came in response to the station’s airing of games last week that featured players wearing rainbow-coloured laces in support of the gay community. BeIN broadcasts the league’s games in the Middle East and North Africa and has covered the campaign extensively.

Aboutrika was reprimanded for his comments by BeIN, a source familiar with the situation said. The network also issued a statement defending its programming.

“As a global media group we represent, champion and support people, causes and interests of every single background, language and cultural heritage across 43 hugely diverse countries, as we show every day,” BeIN said.

Aboutrika said the Premier League’s Muslim players should not participate in the campaign, which encourages the athletes to wear rainbow-coloured laces, armbands and pins, and is designed to promote “equality and diversity”, according to the league’s website.

The Premier League is the richest in the world and features many high-profile Muslim players, including Liverpool’s Egyptian forward Mohamed Salah and Chelsea’s French midfielder N’Golo Kante.

“We wholeheartedly disagree with the pundit’s views,” the league said in a statement. “The Premier League and its clubs are committed to supporting LGBTQ+ inclusion and making clear football is for everyone.”

Aboutrika’s criticism of the campaign comes at an awkward time for the world of football as it prepares for the World Cup in Qatar in November 2022. It is the first time football’s most-watched event will be held in the Middle East.