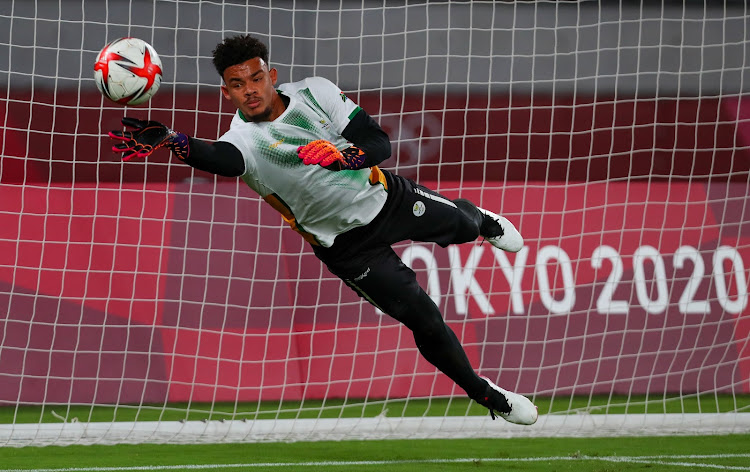 Ronwen Williams’s journey as Bafana Bafana captain begins on Friday, and the new skipper is determined to start his tenure on a winning note.

This week Bafana coach Hugo Broos named Williams as the new captain and Egypt-based Percy Tau as his deputy in a decision that will be put to the test when the national team face Zimbabwe in a tricky 2022 World Cup qualifier away from home on Friday, and against Ghana at FNB Stadium in Johannesburg three days later.

The SuperSport United goalkeeper has captained Bafana on an interim basis on a number of occasions, but as the new captain pointed out, it will be different this time as he is taking over the armband on a permanent basis.

“Before, it was interim — it was because some players were not there, some were rested and I was the most experienced player in the camp at the time,” he said. “But now it is on a full-time basis, and it is time for me to take charge. I have been given this responsibility and I can’t shy away from it. I need to grab it and hopefully it will come with success.

We have so much top talent but we have not achieved anything. Hopefully this captaincy can bring success

“That is what I am hoping for, that is what I am praying for, not for myself, but for us as a country. We have so much top talent but we have not achieved anything. The best was reaching the quarterfinals of the Africa Cup of Nations three years ago in Egypt. Hopefully this captaincy can bring success.”

The SA Football Association (Safa) confirmed that all the players were in camp after Gift Links and Luther Singh arrived from Denmark on Tuesday. The two had games in Europe on Monday and missed the start of the camp.

Safa also announced that Njabulo Ngcobo had received a late call-up, as a cautionary measure due to Mothobi Mvala’s injury concerns.

“There is slight concern about Mvala, who has a groin strain which the medical team is working on,” said Bafana doctor Tshepo Molobi.

Siyanda Xulu is the other injury concern after suffering a knock while playing for his team Hapoel Tel Aviv two weeks ago. “Stitches will be removed and he will be off the injury concerns list, but I will be monitoring him closely,” said Molobi.