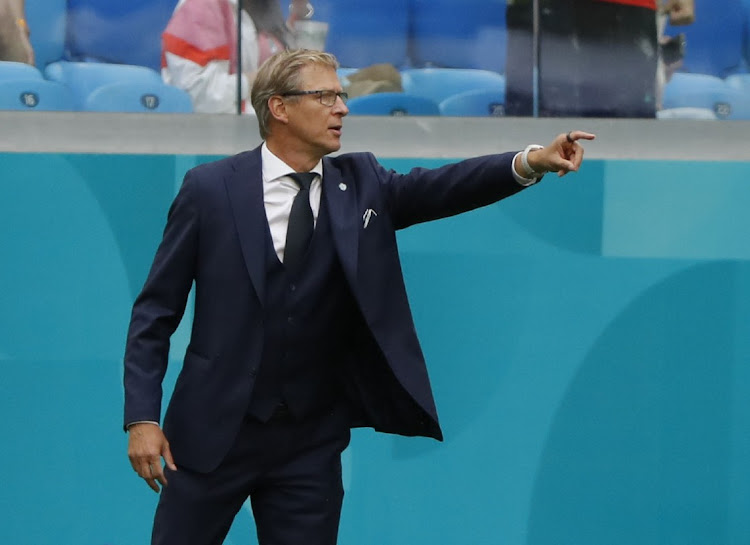 St Petersburg — Finland face a daunting challenge against the world’s highest-ranked team Belgium to qualify for the Euro 2020 knockouts in their maiden tournament, but coach Markku Kanerva is taking inspiration from his side’s ability to surprise the top nations.

“A draw will probably be enough to qualify,” he said of the final Group B game in St Petersburg on Monday for Finland, who sit on three points after an opening win against Denmark.

“When I started as head coach in the Finnish team, one of the first matches was a friendly against Belgium and we managed a draw,” he said at a news conference on Sunday, recalling a 1-1 result in 2016.

Kanerva called Monday’s game — taking place at the same time as Denmark meet Russia in Copenhagen — the biggest ever for Finland, who sit 53 places below Belgium in the Fifa rankings.

“We still have a chance to win the group, it’s completely in our own hands,” he said. “The most important part of our task is to focus on the part we can actually control, and that is our own game. We have our colleagues who will keep us informed about the situation between Russia and Denmark, but hopefully we won’t need that information.”

After beating the Danes, the Finns then lost to Russia but they believe other past heroics such as a 2-0 friendly win over France in November will help them against Belgium.

“It is great that we have a chance to face the two best teams in the world. Though it was a friendly, the France game gave us an idea of how we can do well against the best teams,” Kanerva said.

“Now we are facing the No 1 in the Fifa world ranking, the experience with France gives us the idea that we can beat big teams.”

The Finns are third in Group B behind Belgium and Russia. The top two go through to the knockout stage, along with the four best third-place finishers from the six groups.

Belgium midfielder Thorgan Hazard will not travel with the team to St Petersburg, the team said on Sunday.

Hazard scored in Belgium’s 2-1 win over Denmark on Thursday, their second victory in as many games in the tournament, but the Borussia Dortmund midfielder appeared to pick up a knee injury. Local media reports said he did not train on Saturday. Belgium said in a tweet on Sunday that Hazard will not be part of the squad for their final group-stage clash, without stating the reason for the 28-year-old’s exclusion.

Hazard, whose elder brother Eden Hazard also represents the national team, has scored seven goals in 37 matches since making his senior debut in 2013.

Belgium coach Roberto Martinez is set to field a strong line-up against Finland with Eden Hazard, Kevin De Bruyne and Axel Witsel all in contention. They will be without Timothy Castagne, who suffered a facial fracture in their win over Russia.