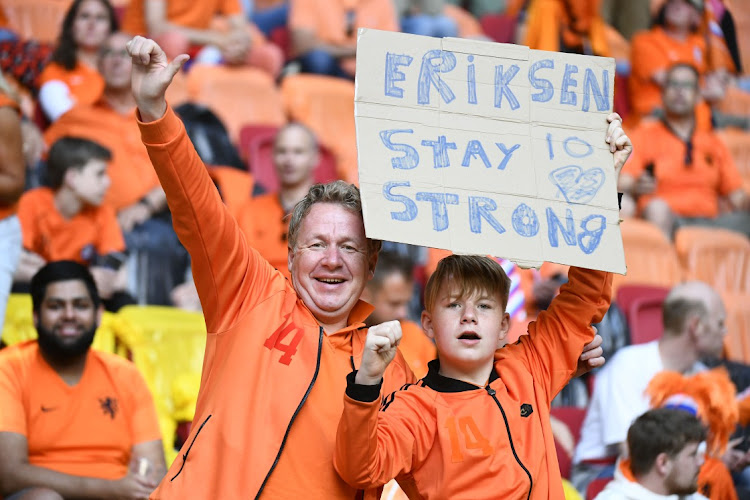 Copenhagen — Danish players expressed dissatisfaction on Monday at the position they were put in after teammate Christian Eriksen’s collapse during their Euro 2020 opener on Saturday, having to decide whether to finish the match that evening or the next morning.

Uefa offered the players, who gathered in the locker room after witnessing Eriksen being treated on the pitch after a cardiac arrest, the choice of resuming the match on Saturday night or beginning again on Sunday at noon local time.

“We were put in a position which I personally don’t think we should have been put in,” goalkeeper Kasper Schmeichel told reporters on Monday. “It probably required that someone above us had said that it was not the time to make a decision and maybe should wait for the next day,” he added.

His teammate Martin Braithwaite agreed. “You could have wished for a third option in this situation,” he said. “None of the options were good. We took the least bad one. There were a lot of players that weren’t able to play the match. They were elsewhere [mentally].”

Uefa said it had dealt with the matter as carefully as it could at the time. “Uefa is sure it treated the matter with utmost respect for the sensitive situation and for the players. It was decided to restart the match after the two teams requested to finish the game on the same evening. The players’ need for 48 hours’ rest between matches eliminated other options,” it said.

Eriksen collapsed just before halftime and was taken to hospital after receiving CPR on the pitch. After a long suspension, the game resumed at 8.30pm local time and the Finns won 1-0.

Jonas Baer-Hoffman, general secretary of international players’ union Fifpro, said the decision should not have been made in the immediate aftermath of the incident.

“It would have been better to cancel the game in that evening. Take a bit of time, take a breath, look at it with a bit more distance, look at what are the options to carry on with the game or not, and if the game can’t be replayed then I think also that would not be very important in comparison to what happened there to Christian,” he told Reuters.

“The players were probably not given a real option in terms of taking a good decision that was in that moment in balance with where they were mentally,” he added. “There’s a lot of lessons that need to be drawn from this,” he said, adding that they would be conducting a review with Uefa.

Denmark’s coach, Kasper Hjulmand, said on Sunday that he did not think  the players should have been back on the pitch.

The Danish Football Association said on Monday  the 29-year-old Eriksen remained in stable condition in hospital.