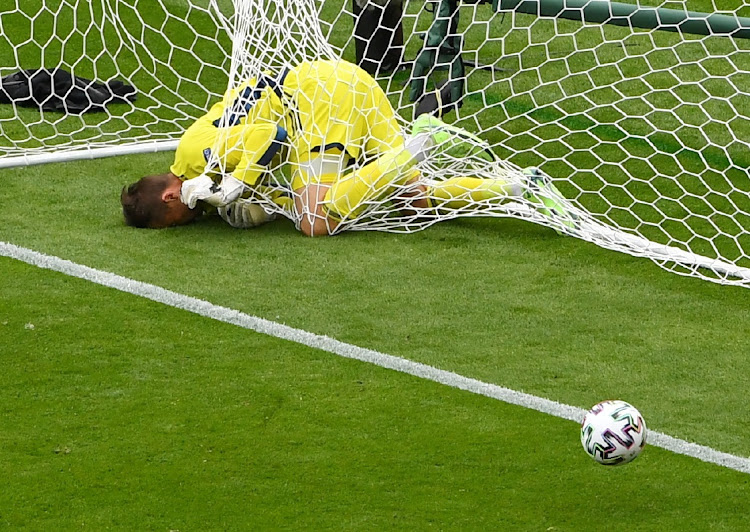 Glasgow — Scotland manager Steve Clarke refused to blame goalkeeper David Marshall for conceding a goal from the halfway line in their Euro 2020 Group D 2-0 defeat by the Czech Republic and instead heaped praise on scorer Patrik Schick.

The 25-year-old forward fired the Czechs ahead with a 42nd-minute header and then netted a brilliant second shortly after the break when he curled an audacious lob over Marshall who was far off his line.

“If [Marshall] had been on his line he would have caught it but sometimes you have to credit the goalscorer,” Clarke told an online news conference after the clash at Hampden Park. “He produced a marvellous finish and from there it becomes a difficult afternoon. We showed good invention and had chances to get back into the game but the breaks went against us at the wrong time.

“Disappointed but we have to get ready for the next one. We’ll look at what we did right and what we did wrong. We didn’t come here for a learning experience, we came here to be competitive.

“Sometimes a football match doesn’t go your way and today was that day.”

The Scots, who reached their first big tournament since the 1998 World Cup, play England at Wembley on Friday and then take on Croatia at Hampden Park on June 22.

Schick said he had anticipated he would catch Marshall in no-man’s land and added the Czechs headed into the game well prepared for Scotland’s tactics.

“I saw him [off his line], I checked in the first half when this situation would come,” he told the BBC. “I was checking where he was standing.

“It’s always hard to play against us, we have a lot of hardworking players. Scotland were a tough opponent but we were ready for their tactics.”

Scotland midfielder Stuart Armstrong rued their lack of cutting edge as they missed a string of chances in the second half and stressed they must be sharper against England. “At this level you do need to be clinical,” he told the BBC.