Comments led to his sacking in 2020 by Indian club Odisha 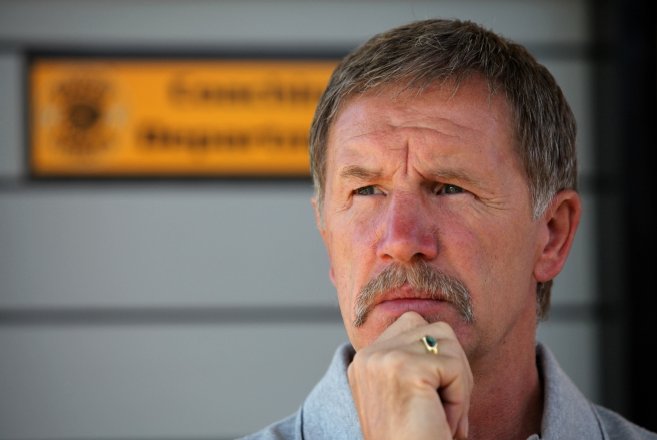 New Kaizer Chiefs coach Stuart Baxter has apologised for  “downright stupid comments” he made about rape that led to his sacking in 2020 at his previous club‚ Indian side Odisha.

Baxter was appointed by Chiefs on Wednesday to replace Gavin Hunt‚ who was sacked with Amakhosi in 11th place with two matches remaining in the season. Assistant coaches Arthur Zwane and Dillon Sheppard‚ who will remain in Baxter’s technical staff‚ took charge and won those two games and Chiefs finished eighth.

Soon after his appointment on Wednesday Chiefs released an audio clip in which Baxter apologised for his comment in India in early February‚ complaining about match officiating and saying one of his players would have to “get raped” to get a penalty.

In the audio‚ Baxter said: “Given the unfortunate nature of my exit from India and the unfortunate comments and‚ to be very honest‚ stupid comments that I made‚ I felt strongly that I needed to make another apology before recommencing my work in SA.

“Anything that I said that offended anybody‚ I humbly apologise. I know that it is a heinous crime that I looked like I was making light of‚ but I was not.”

Baxter returns to SA having previously coached Bafana Bafana twice‚ in 2004 to 2005 and 2017 to 2019‚ plus Chiefs and SuperSport United. He was known for a tendency to put his foot in his mouth during his time in SA.

His comments in February‚ which sparked outrage in India‚ came after a 1-0 defeat to Jamshedpur FC.

Odisha had apologised for the comment. However‚ soon after that‚ the club also saw fit to release the coach from his contract. Odisha were in last place in the Indian Super League‚ having attained just eight points from 14 games — a win‚ five draws and eight defeats — when Baxter was fired.

Baxter joined Odisha in June 2020 having been out of a job since quitting as Bafana coach on August 2 2019‚ weeks after SA reached the quarterfinals of the 2019 Africa Cup of Nations in Egypt.

In his two stints as Bafana coach he failed to qualify for two World Cups: Germany 2006 and Russia 2018. Baxter had more success domestically‚ particularly at Chiefs where he won two league and cup doubles in three years‚ in 2012/2013 and 2014/2015.

Former Bafana coach takes over at Amakhosi after their poor season saw his predecessor, Gavin Hunt, being fired
Sport
11 months ago