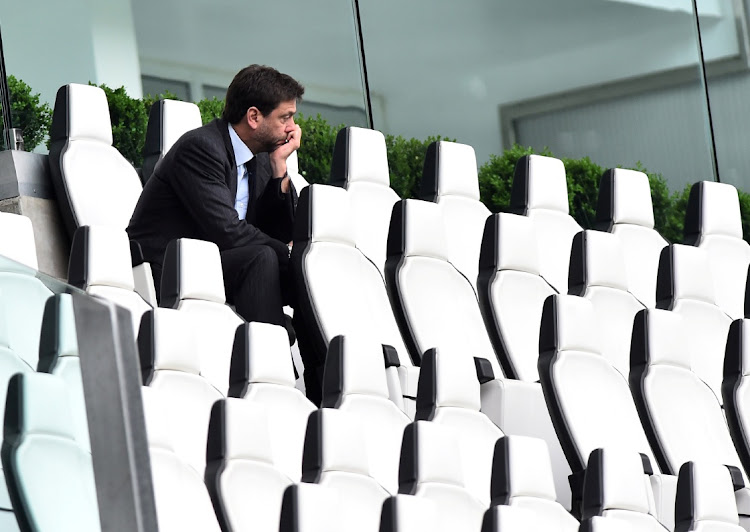 Breakaway European Super League founder and Juventus chair Andrea Agnelli called time on the project on Wednesday after six English clubs withdrew and he blamed the involvement of politicians for the league’s downfall.

Twelve of Europe’s leading soccer clubs from England, Italy and Spain announced a breakaway league on Sunday but after 48 hours of intense criticism from fans and politicians the six English clubs backed out on Tuesday.

Asked whether the project could still happen after the departures, Agnelli said: “To be frank and honest, no, evidently that is not the case.”

Agnelli said he remained convinced that European football needed change and he had no regrets about the way the breakaway attempt was made.

“I remain convinced of the beauty of that project,” said Agnelli, stating it would have created the best competition in the world. “But admittedly ... I mean, I don’t think that that project is now still up and running.”

Agnelli said other clubs were ready to join the new European league before the English sides left. “I’m not going to say how many clubs contacted me in just 24 hours asking if they could join,” he said, declining to name them.

“Maybe they lied, but I was contacted by a number of teams asking what they could do to join.”

Agnelli said he felt the British government’s intervention, with Prime Minister Boris Johnson threatening legislation to stop the breakaway, had pushed the English clubs to withdraw.

“I have had speculation to that extent that if six teams would have broken away and would have threatened the EPL [Premier League], politics would have seen that as an attack to Brexit and their political scheme,” he said.

Asked if he regretted the way the breakaway was conducted — it was heavily criticised by his former ally, Uefa president Aleksander Ceferin — Agnelli referred to the nature of the football business.

“If you tell me other methods for putting together such projects ... if you were to ask the authorisation of others, I don’t think you would have carried out a project like this.”

Agnelli said he did not think the football industry was particularly sincere, trustworthy or reliable.

Reports say six Premier League clubs, including United, have signed up to plans for European Super League
Sport
2 weeks ago
Next Article