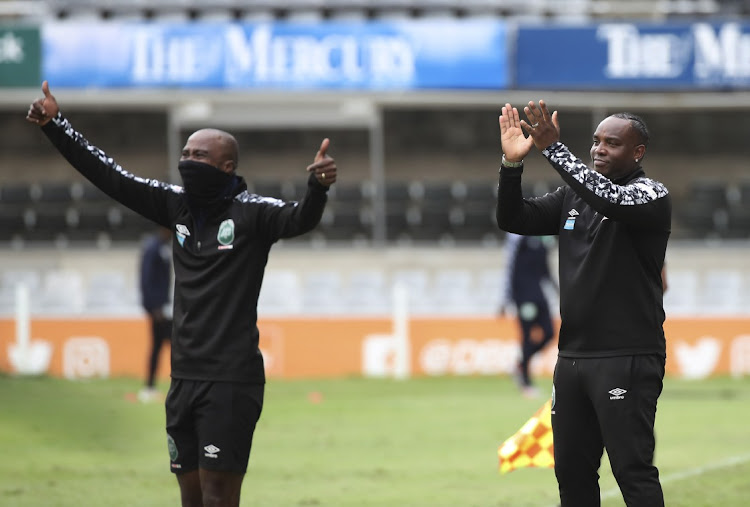 Benni McCarthy desperately wants AmaZulu to quickly recover from their shock Nedbank Cup defeat to struggling Black Leopards in Thohoyandou at the weekend and focus on the home league match against SuperSport United at Durban’s  Kings Park Stadium on Tuesday.

AmaZulu are still reeling after a lone strike from Mohammed Anas ended their eight-game winning run in all competitions.

“Too bad about the result but we can’t be sad for too long because now we need to switch our attention to the league and focus on the next match [against SuperSport]‚” the former Bafana Bafana striker said.

“It wasn’t to be‚ we’ll soldier on‚ we’ll take the good from this match and the only thing that happened is that now I’ve got a sense of where certain players are fitness-wise‚ physically and mentally. Now I know when I need to call them and what kind of performance we’re going to get from them.”

McCarthy made eight changes to his regular starting line-up and those changes showed as Leopards quickly gained control of proceedings before finding the back of the net in the 52nd minute‚ with Anas scoring his third goal in two matches for Lidoda Duvha.

“It was a great opportunity to play a very good team in Black Leopards, who are fighting at the bottom of the log in the league‚” McCarthy said of the Limpopo team. “They got a good result against Arrows and they were looking to continue with that form‚ and obviously for us we didn’t take the Nedbank Cup lightly.

“We wanted to win and we put up a really strong team which we thought could go and cause a major upset. I think the result proves that if we had taken our opportunities in the first half‚ it could have been a different outcome.”

McCarthy accepted that some of his charges were way off the pace and not sharp enough to finish the chances they managed to create. “Unfortunately a lot of the players weren’t 100% sharp. That is what happens when you’ve not played for a few games in a row.”