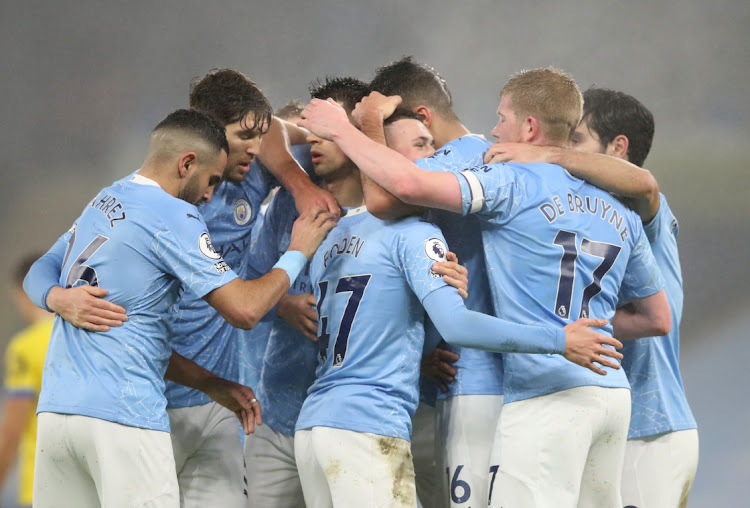 London — Players who flout Covid-19 health and safety protocols by shaking hands or hugging after goals are scored should be shown a yellow card, the head of a parliamentary committee says

Julian Knight, the chair of the cross-party digital, culture, media and sport committee, said exuberant goal celebrations were sending the wrong message at a time of national emergency.

“In the same way as referees issue yellow cards for players taking off their shirts, they could do the same thing with this,” he said. “Surely its unsportsmanlike to risk someone getting Covid, isn’t it?”

Under world body Fifa’s rules, a player who removes his jersey after scoring a goal should be cautioned for unsporting behaviour. Premier League guidelines for on-field behaviour state that “unnecessary contact, particularly between opposition teams, must be avoided. This includes handshakes, high-fives and hugging.”

Video also emerged of teams celebrating in dressing rooms after FA Cup third-round matches. The Daily Telegraph quoted parliamentary committee member Clive Efford as saying such celebrations were an “insult to the staff in the NHS [national health service]".

England’s deputy chief medical officer has also called on soccer players to behave responsibly and stop celebrating close up to each other.

City manager Pep Guardiola said it was “weird and uncomfortable” if a player scored and nobody celebrated with him.

“We are tested maybe five or six times in the last 10 days. Everyone is negative. We are outdoors where the virus is less aggressive. We will follow what the Premier League says but I don’t know if we will be able to do it,” he said.

Knight pointed to sports such as cricket and the NFL where they kept a distance. “I understand what is said but maybe one has to exercise some extra level of self-control. Everyone else is, in society right now.”

The Birds have won six and drawn four of their games to claim second spot on the log, two points behind Sundowns
Sport
3 months ago