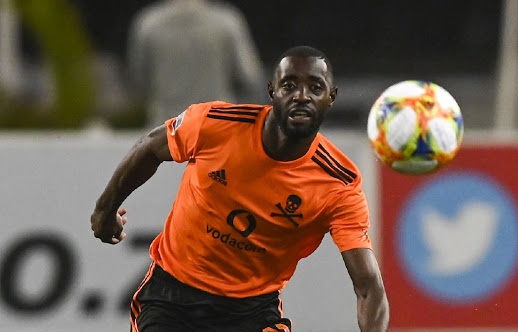 Orlando Pirates were clinical without having to raise much of a sweat in dispatching a disjointed Tshakhuma Tsha Madzivhandila (TTM) 3-0 in Wednesday evening’s Premier Soccer League (PSL) match at Thohoyandou Stadium.

Deon Hotto in the 16th minute‚ Gabadinho Mhango in the 39th and Fortune Makaringe in the 64th notched the goals for Pirates.

It is hard to define what is most troubling about TTM. That the club was bought‚ seemingly because previous owning company Bidvest just did not care any more‚ at a basement price‚ ending the competitive 99-year history of Wits University/Bidvest Wits‚ is troubling.

That Tshakhuma started with the organisational levels to put together a squad of only 14 players in their first match‚ have since had issues paying players‚ and reports continue to swirl of the club’s sale less than six months after Wits was bought‚ is troubling. So is the fact that the PSL ultimately approved such a mess.

Perhaps‚ though‚ it is simply TTM’s amateur-looking red-and-white 1990s-style kit that hearkens as a throwback to First Division teams from the old coastal and inland stream days that is most troubling.

TTM head coach Joel Masutha’s team did not look much better in structure and game plan in the first half than before. That Pirates allowed them to hit the woodwork twice in the first half‚ albeit once from offside‚ was more due to Bucs’ back four allowing themselves to be caught square too often earlier in the game.

That Bucs were 2-0 up by the break was testament to a good work rate and tempo‚ and capitalising on unconvincing defending.

The Buccaneers almost seemed to have been denied their opener. Vincent Pule stole the ball off Meshack Maphangule‚ with his back to goal just outside his box and unaware who was at his back‚ and burst in‚ squaring to Hotto. With goalkeeper Washington Arubi stranded‚ the Namibian’s first strike was into the chest of Tebogo Thangwane on the line‚ but Hotto calmly picked his spot with his second attempt.

Maphangule’s chip found former Buc Thabo Rakhale who lifted a lob over Wayne Sandilands and onto the crossbar for TTM’s best chance.

Bucs made it 2-0 past a static TTM defence as Pule’s flick-on found Thembinkosi Lorch on the left‚ who fed Mhango’s run through. The Malawian finished low past Arubi.

With Bucs not at their flowing best‚ but in the mood for goals‚ it was no surprise that more came. Mhango easily beat players on the left and fed Lorch‚ who fed Makaringe to strike in from the edge of the penalty area.

Nurkovic wins it for Chiefs and eases pressure on Hunt