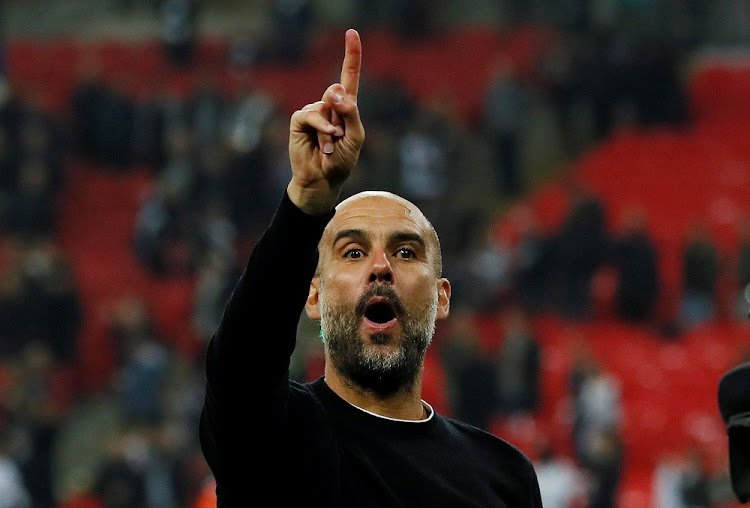 Bengaluru — Manchester City manager Pep Guardiola says he will not be forced to rest players for Wednesday’s Champions League home game against Olympique de Marseille even though his side have sealed top spot in Group C and face Manchester United at the weekend.

City clinched top spot with a goalless draw at Porto last week and Guardiola said while he would select a number of younger players, he has no qualms about fielding a full-strength side ahead of the derby in the Premier League on Saturday.

“Everyone has played a lot of minutes. Like I said, we will play to win the game. I don’t rotate the team, I put all the players in the best condition and decide the best team for this game,” Guardiola told reporters.

“There is not one team for one competition. The last few days, except two or three players, everyone was involved. If someone plays a lot of minutes and has a lot of problems, of course we consider resting, but today everybody was fit.

“I don’t say this player won’t play because I’m thinking of other games. The team that will play tomorrow can play against United. I want to win. After Thursday, Friday we start to think about United.”

Sergio Aguero is in line to make his return after shaking off niggling injuries. The 32-year-old Argentinian made his first start of the season in October after knee surgery but has missed City’s last three games due to discomfort.

“We will decide tomorrow [Wednesday],” Guardiola said. “Sergio maybe will be on the bench. He will train today and we will see the reaction tomorrow. The good thing is he has been part of the group for the last three or four days.”

Leopards will be a challenge for more fancied Amakhosi, who have not won any of their last three matches
Sport
9 months ago